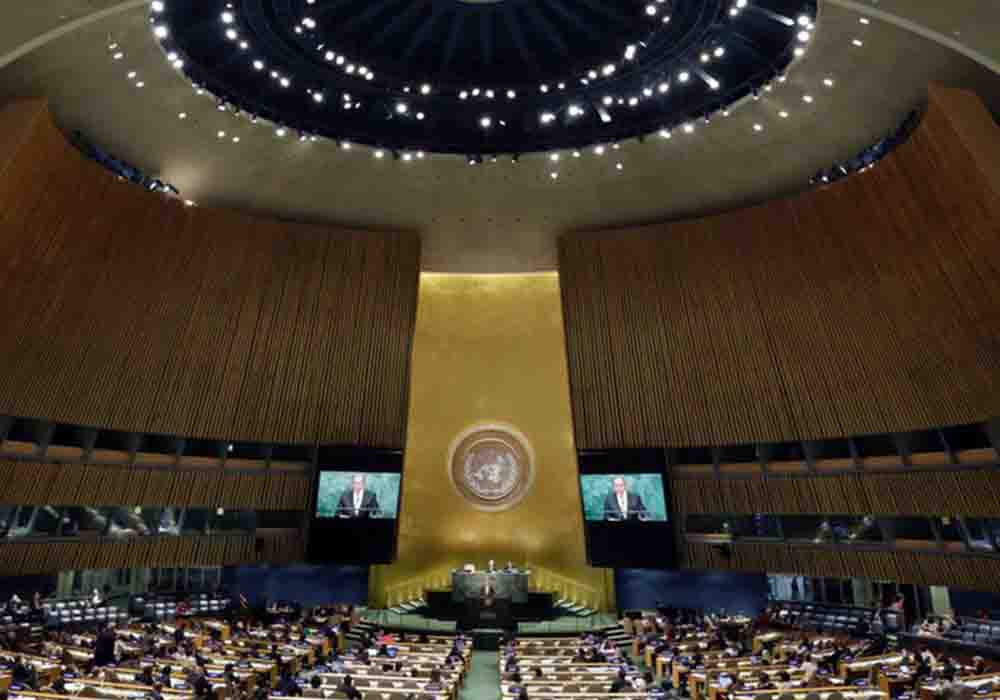 The Foreign Office stated on Friday that the adoption of a resolution tabled by Pakistan unanimously in the United Nations General Assembly would provide the Kashmiris a hope in their just battle for self-determination and independence from Indian injustice and occupation.

The Pakistan-tabled resolution, captioned “Universal Realization of the Right of the Peoples to Self-Determination”, was adopted unanimously in the United Nations General Assembly in New York. It was co-tabled by 72 states globally. The resolution unambiguously supports the right of self-determination for all peoples under occupation, foreign control and alien occupation. This includes the Kashmiris under Indian occupation, the FO stated.

According to the FO, the resolution won the support of every UN member nation because it refers to the timeless characteristic of the right to self-determination and its universal applicability in situations of foreign occupation and intervention. It stated further that the pledge given every year by the General Assembly preserves the legitimacy of the freedom struggle of people under colonial and foreign occupation. The FO stated that adoption of the resolution gave hope that fates would be decided in conformity principles of justice described in the UN Charter, UN resolutions and global law.

The conflict and instability in Indian-occupied Kashmir has heightened since ultra-right Hindu nationalist Prime Minister Narendra Modi came to power in 2014 and won a sweeping re-election in 2019. Modi’s Hindu nationalist Bharatiya Janata Party-led government hardened its stance against Islamabad and Kashmiri freedom fighters in the wake of increasing assaults by Hindu hawks against minorities in India, heightening frustrations among Kashmiri Muslims.

The valley has been experiencing a security emergency since New Delhi took away its inhabitants’ special autonomy they enjoyed for 70 years by means of a hurried presidential decree in 2019.

Earlier this month, Foreign Minister Shah Mahmood Qureshi informed the president of the United Nations Security Council (UNSC) and UN secretary general of the constant serious situation in Indian-held Kashmir. The FM indicated in a letter to the president of the UNSC and the UN secretary general about the aggravating human rights and humanitarian circumstances in the valley and the continuous danger to global peace and stability presented by India’s inflammatory and careless rhetoric as well as its track record of orchestrating false flag operations.