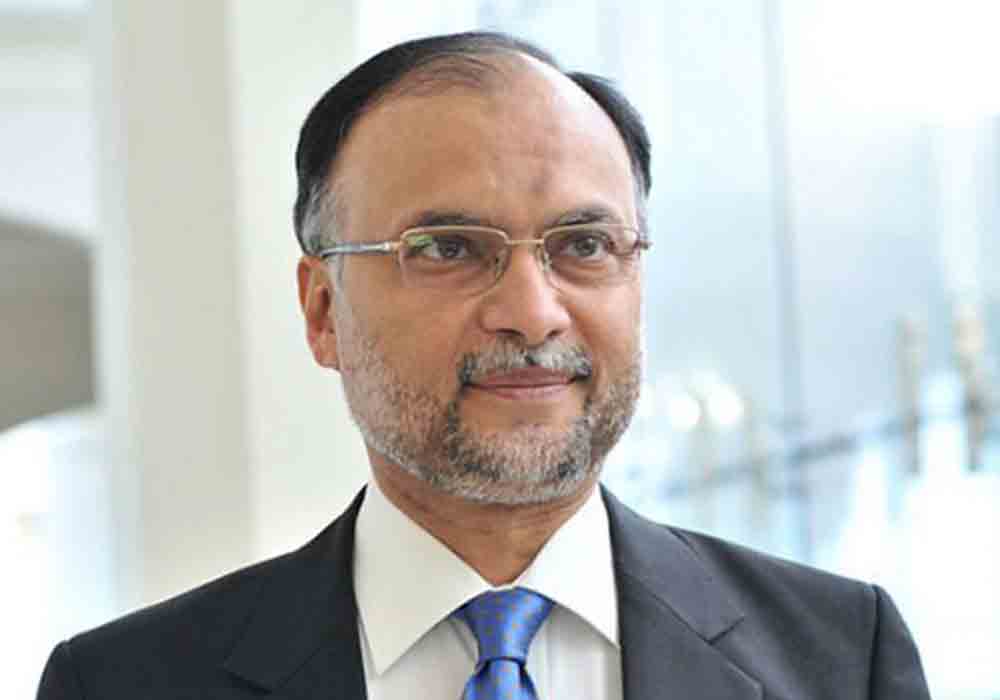 Federal Minister for Planning and Development Ahsan Iqbal has said everyone has to get on a single platform for strengthening the national economy.

Addressing the CEO Summit and Launch of the best-selling book at a local hotel on Thursday. He said important steps would have to be taken for revival of the economy, adding that exports should be touched 100 billion dollars from 32 billion. “Why we are still struggling despite having marvelous natural resources?” he questioned. He said per capita income in 1980 was 300 US dollars, adding that the country had surplus electricity in 1998 and it was going to sell to India. The country had to face the worst loadshedding after 2006-07 and 16 hours loadshedding was imposed, he added.

The minister said then prime minister Nawaz Sharif introduced the Vision 2025 and it was signed by all provincial governments. He said

then the China-Pakistan Economic Corridor (CPEC) came as a blessing for the country and the world was saying that Pakistan would be among top economies in 2030. He said the development budget in 2018 was Rs1,000 billion and now it had been squeezed to Rs550 billion. The minister said the business community would have to play its role in increasing tax revenue, adding that imports should be reduced whereas exports should be increased.

for Planning and Development Ahsan Iqbal said on Thursday that five state-of-the-art engineering universities would be constructed in the country with Rs 7.5 billion. He was speaking at the inaugural ceremony of the administrative block at the University of Engineering and Technology (UET) Lahore on Thursday. He said that every scientific laboratory at engineering educational institutions would be equipped with the latest equipment to produce excellent engineers.

Addressing the UET students, he said India and Bangladesh were far ahead of Pakistan in economy development and if the young generation would not focus on research, Afghanistan might also leave Pakistan behind in the coming years. Ahsan Iqbal said Pakistan was not an under-developed but an under-managed country. “Why we are still struggling despite having marvelous natural resources, “he raised a question.

He said that per capita income in 1980s was 300 US dollars, whereas in China, it was 200 US dollars, adding that the country had surplus electricity in 1998, and it was going to sell it to India. Then the nation had to face a martial law, and the country was pushed into the Afghanistan war by the United States, he recalled. Then the country had to face the worst load-shedding after 2006-07, and 16-hour load-shedding was imposed on people, he added.

He said that the nation was facing bomb blasts in 2013, and returning home safely was considered a blessing, almost daily. The minister said that the

then prime Minister Muhammad Nawaz Sharif introduced the Vision 2025, and it was signed by all provincial governments, but then he was ousted. He said the country had to face loss of 300 billion dollars due to climate change. “We saved the country from bankruptcy in the current period,” he said and added that the country had to face hardships due to political instability. The minister said it is a need of the hour that all political parties get united to put the country on the road to progress and prosperity. He said a leader always gets united a nation in crisis and every hardship should be faced with courage and patience.