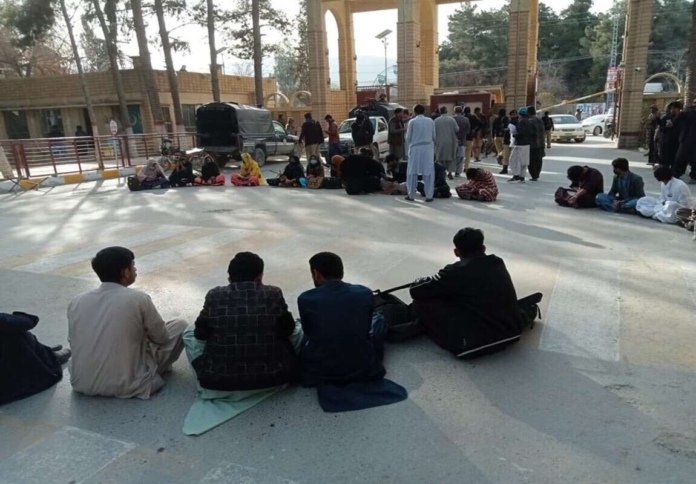 The students of the University of Balochistan (UoB) recorded a protest against the varsity administration in front of the main gate of the institute on Friday. The students complained that they wanted to observe International Women’s Day in the university hall, for which the administration was refusing. They added that despite having the right to use the halls of the varsity, they were not being allowed to use them.

Speaking to Minute Mirror, a student of the varsity said they had blocked the main gate of UoB against the unethical behaviour of the administration. He added that they had been visiting the registrar for a whole week, “but he was not giving us a direct response.” He claimed that the registrar was making different excuses like “the vice-chancellor was not present; go to other offices; we have papers in other halls; the auditorium hall was not for students” and so forth. “If the halls are not for the students, then who exactly can use them” the students questioned.

Another student lashed out at the varsity administration, saying that they (the varsity administration) had rejected their letter for the approval of the hall for the ceremony. “After encountering resistance, they said they will let us know till Monday, after which we temporarily ended our protest,” she said, warning that if the hall was not provided, they would block the main gate again.