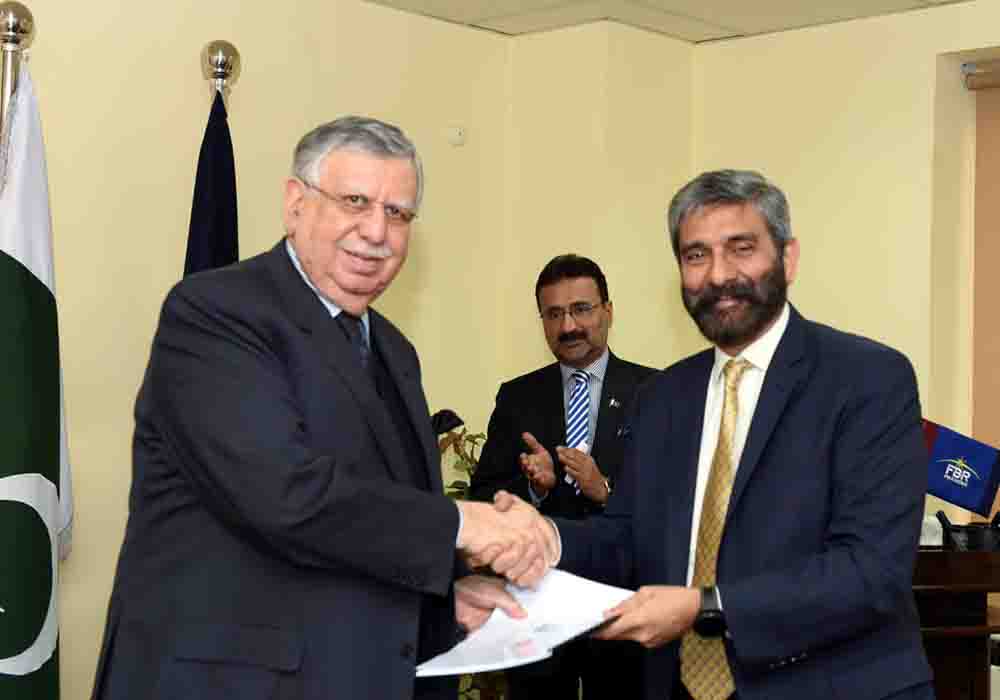 A four-member delegation from American Business Council, led by Mr. Adnan Asad, Chairman on its Government Relations Subcommittee called on Advisor to PM on Finance & Revenue Mr. Shaukat Tarin and Chairman FBR Dr. Muhammad Ashfaq Ahmed here at FBR (HQs) this afternoon. Addressing on the occasion, Mr. Adnan Asad explained the scope and significance of American Business Council and touched upon its three key areas- Advocacy, Awareness and Advocacy- of collaborative engagement with relevant stakeholders including the Government of Pakistan. He expressed his keen interest to collaborate with the Ministry of Finance and FBR to fight the menace of illicit trade in consumer goods based on government backed data. The proposed MoU includes a joint research that will be formulated as per the Government’s needs and areas of focus so that it could lead to informed policy decisions.

In his presidential address, Advisor to PM on Finance & Revenue, Mr. Shaukat Tarin reiterated the Government’s priority on increasing tax to GDP ratio to 20% in the next 4-5 years. He identified Tobacco and Beverages as the two key sectors most affected by illicit trade and emphasized on the pressing need to conduct quality research into the possible revenue leakages in these important sectors with clear findings and guidelines to plug the same.

The Advisor thanked the delegation for their much needed support and also directed them to work closely with FBR as well as private sector to counter illicit trade, together. All members of FBR were also present during the meeting.