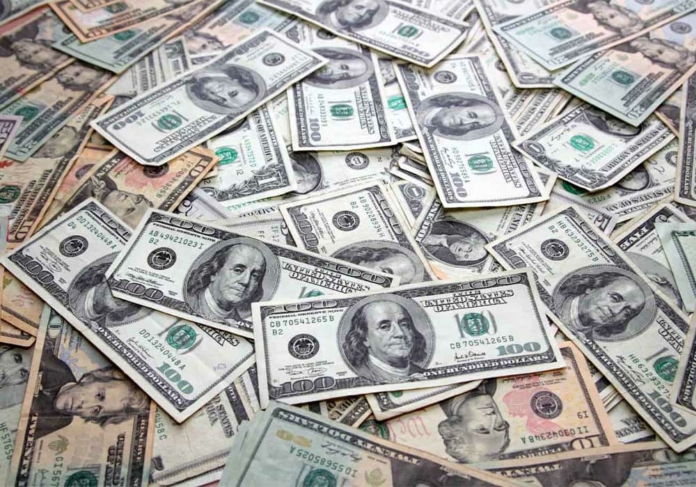 The value of the US dollar dropped by 1.11 percent in the interbank market on Monday.

The development comes following news that the Pakistan Muslim League-Nawaz-led (PML-N) coalition government was planning to install Ishaq Dar as the finance minister.

According to the Forex Association of Pakistan (FAP), the rupee was being traded at Rs235.5 per dollar at 10:00am, showing an appreciation of 1.73 percent against its closing value of Rs239.65 on Friday.

The rupee closed at Rs237.02 per dollar on Monday, rising Rs2.63 against Friday’s closing rate.

The recovery of the rupee was a sentimental reaction to Ishaq Dar’s return to Pakistan as finance minister, Saad bin Naseer, director of Mettis Global told local media.

Naseer said that the dollar was strengthening in the international markets, therefore this recovery could be short-lived. He also said that Dar was infamous for keeping exchange rate parity during his last stint as finance minister.

Bostan said that the news of Dar’s return had also helped to strengthen the rupee. He further said that the international financial institutions helping Pakistan to deal with floods along with International Monetary Fund (IMF) indicating to ease conditions will have positive effects on the rupee.

According to media reports, Prime Minister Shehbaz Sharif will return to Pakistan today along with Ishaq Dar who will take charge as the finance minister.

Miftah Ismail had tendered his resignation on the previous day. According to reports, PML-N Supremo Nawaz Sharif and Ishaq Dar were unhappy over Miftah’s decisions, especially hiking fuel prices.