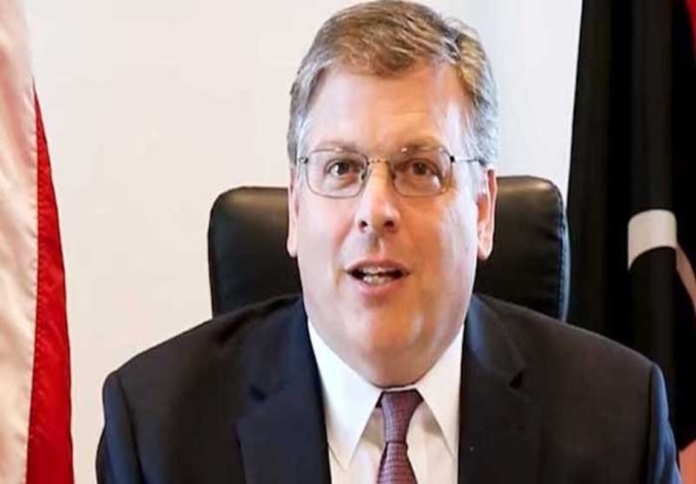 The Ambassador of United States Donald Blome called on Governor Punjab Muhammad Balighur Rehman at Governor House here on Tuesday. American Consul General William Makaneole was also present on this occasion. The flood situation and promotion of bilateral trade was discussed in the meeting.

Speaking on the occasion, Punjab Governor Muhammad Balighur Rehman said that Pakistan values the long-standing relations with the United States. He said that US cooperation with Pakistan in various fields is appreciable, especially in the fields of education, health and trade. Governor Punjab also talked to the American Ambassador about increasing Fulbright and other scholarships for Pakistani students. He said that many Pakistani students are pursuing higher education in America on Fulbright scholarships. Governor Punjab Muhammad Balighur Rehman said that Pakistan is currently going through difficult times due to floods. He said that the floods had caused widespread destruction in Pakistan, adding that the international community should provide humanitarian assistance to the flood victims in this difficult time. Governor Punjab thanked the United States for the aid of $66 million for the Pakistani flood victims. He said that the United States should give preferential facilities to the Pakistani industry on the pattern of GSP plus to promote bilateral trade. US Ambassador welcomed the proposals of Governor Punjab.

On this occasion, American Ambassador Donald Blome said that bilateral cooperation will be further promoted in various fields including education, health and trade.