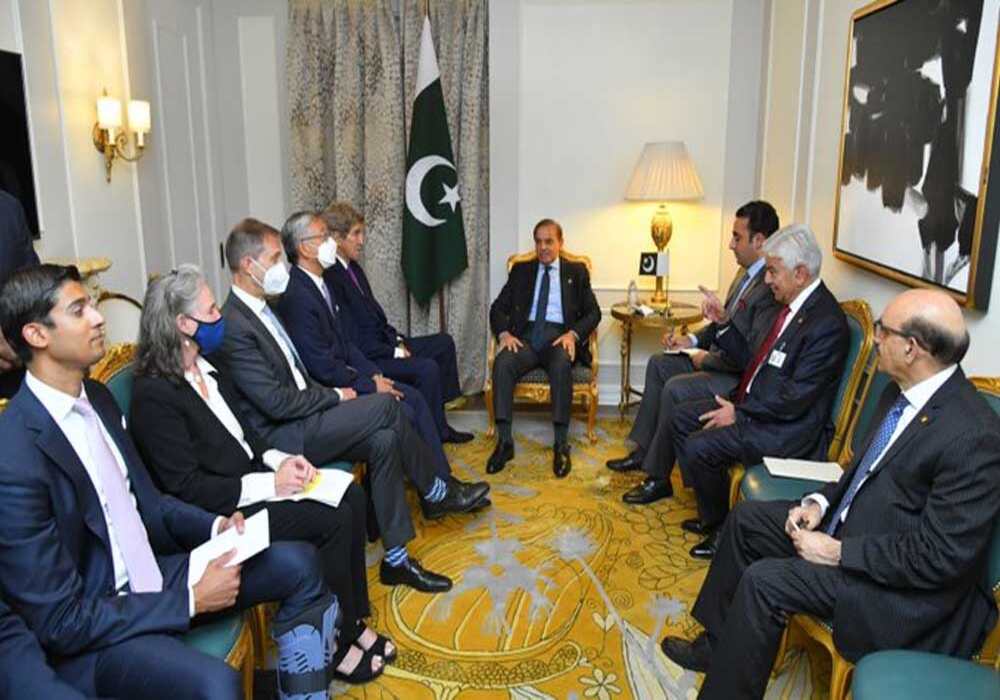 John Kerry, who was also the former US secretary of state, met PM Shehbaz Sharif on the sidelines of the 77th session of the United Nations General Assembly (UNGA).

According to reports, US Assistant Secretary of State for South and Central Asian Affairs Donald Lu was also included in the US delegation.

Netizens along with Pakistan Tehreek-e-Insaf (PTI) leaders have criticized the presence of Donald Lu in the delegation that met PM Shehbaz Sharif.

PTI’s senior leader Shireen Mazari has stated in a tweet, “All grins from ‘Crime Minister’ and his band of crooks especially Defence Minister Iqama Asif as they meet Kerry US special representative on Climate Change and the man who set US regime change conspiracy in final motion through diktat to Pakistan envoy – Donald Lu. The grins say everything including thankyou to Lu! Shameless.”

Kerry has also stated that they discussed the urgent need to fight the climate crisis by working together so that future tragedies could be prevented. The US humanitarian assistance of $55 million also came under discussion during the meeting.

PM Shehbaz Sharif, who is in New York for participation in the UNGA session, has stated that during his interactions with the world leaders he apprised them of the flood disaster and highlighted the need for collective action to deal with climate change.

In a tweet, the premier also stated that Pakistan was keen to build partnerships with the world in trade and economic realms.

The prime minister also chaired a virtual meeting with the federal cabinet. Discussions on and review of the flood conditions along with relief and rehabilitation activities along with ensuring an adequate supply of baby food to flood-affected areas took place.