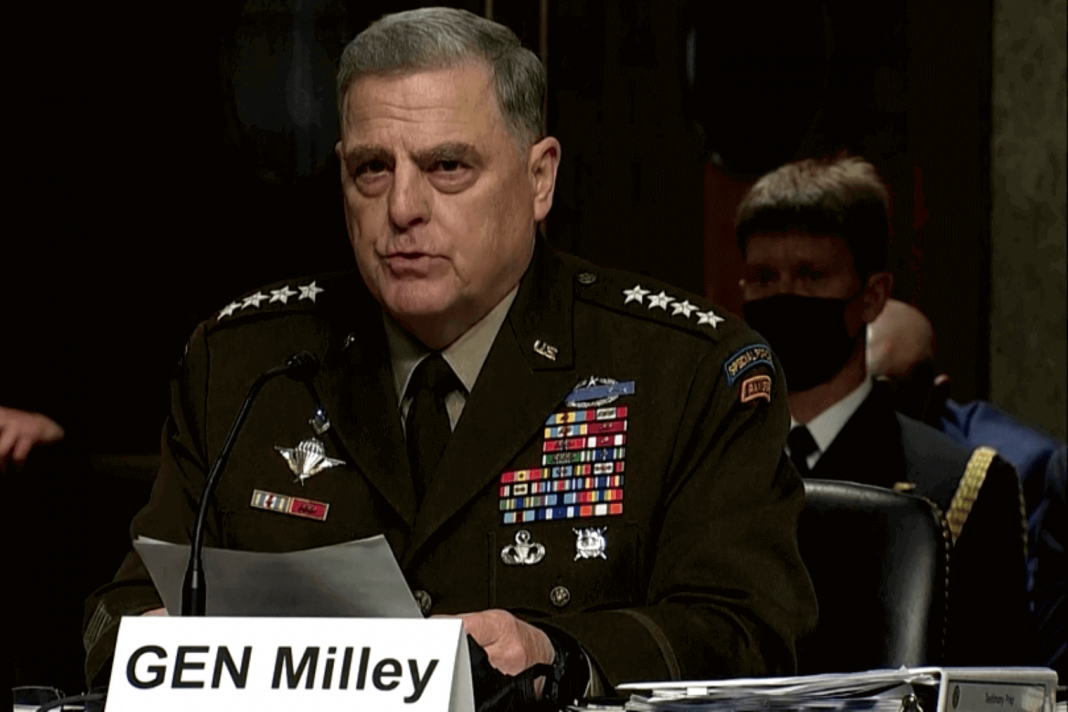 Pakistanis were inspired by and hoped the country would take cue from the collected and humble demeanour of US generals who were questioned by the US Senate Armed Services Committee regarding the chaotic withdrawal of troops from Afghanistan in August.

Joint Chiefs of Staff Chair General Mark Milley, US Central Command for Afghanistan Withdrawal General Frank Mackenzie and Defence Secretary Lloyd Austin appeared in front of senators, who probed them on the departure from Afghanistan.

Gen. Milley was asked why he didnâ€™t resign if US President Joe Biden did not heed his advice to retain 2,500 troops in Afghanistan after the withdrawal date of August 30. The military official responded calmly that resigning would be â€˜political defianceâ€™ and that his job was to merely advice the president, who could choose to ignore it if he deemed fit.

The generalâ€™s response was applauded in Pakistan. Pakistan Muslim League-Nawaz (PML-N) leader Maryam Nawaz Sharif said that every Pakistani should watch the video.

Every Pakistani should watch this. https://t.co/kAtVBNr60G

While the hearing was underway, veteran journalist Ameer Abbas said that top US generals were answering questions raised by the US Congress. The process, Abbas said, depicted what it took to reflect on and correct mistakes to advance as a nation.

Several Twitter users echoed what Abbas had said. One said that Gen. Milley being strictly questioned did not demotivate the US armed forces, instead he appeared with a smile on his face in due regard for the process. Kabeer jabbed that no one labelled those who questioned the general â€˜Russian agentsâ€™ or â€˜enemy conspirersâ€™ because the US government was treated like the â€˜masterâ€™, while the army was answerable as their â€˜servantâ€™.

Another added that the constitution was the â€˜supreme authorityâ€™ and even generals had to abide by it. Anyone who chose to challenge its authority was in violation of the constitution, the user added.

Investigative journalist Umar Cheema responded to Gen. Milleyâ€™s video and said that the parliament was powerful in the US, not the generals.

Lawyer Haroon Rasheed shifted the focus on Pakistan and said that military officials in Pakistan did not answer to the public at large. Rather, they gave their testimonies when required behind â€˜closed doorsâ€™ to a select few. Rasheed added that the hushed procedure subjected countries who followed it to â€˜chaos and confusionâ€™.