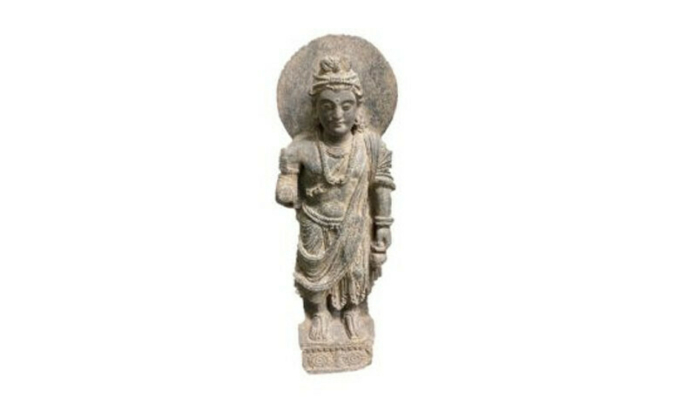 The United States has returned 192 stolen artefacts to Pakistan after an investigation into an Indian-American art dealer, Manhattan District Attorney’s (MDA) office in New York stated on Friday.

The returned artefacts are valued at close to $3.4 million, according to the report.

187 of the antiques were discovered by the art dealer Subhash Kapoor who has been reported as one of the most active antiquities smugglers in the world.

Ayesha Ali, the Pakistani consul general in New York, and Thomas Acocella, the assistant special agent-in-charge of US Homeland Security Investigations, had participated in a repatriation ceremony at the Pakistan Consulate during which the antiques were returned.

A Gandhara statue of a Maitreya, an enlightened version of the Buddha was also among the artwork and antiques that were taken from Pakistan and smuggled into New York in the 1990s. When he was charged with smuggling and selling illegal antiques Kapoor was the owner of a side business that specialized in selling antiques from Southeast Asia and a New York art gallery called ‘Art of the Past’.

According to Manhattan District Attorney Alvin Bragg, “We will keep looking for complete responsibility against Mr Kapoor and his accomplices, who demonstrated a flagrant disdain for the cultural and historical worth of these antiques.”