US scratching pillar like cat that is unable to catch mice: Siraj ul Haq 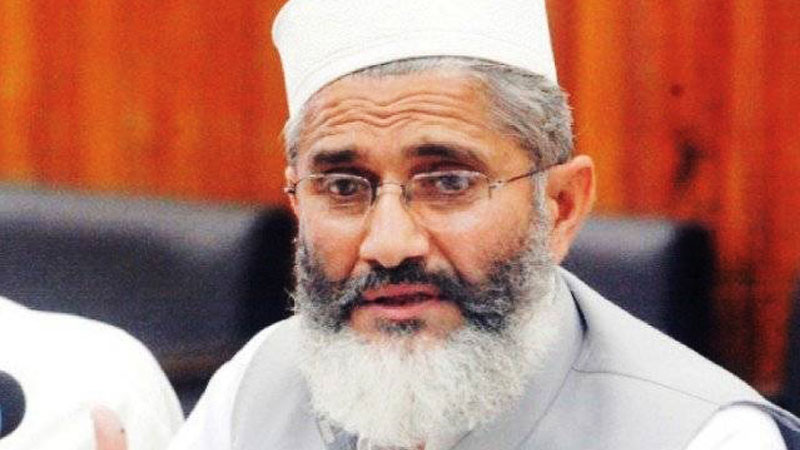 Jamaat-e-Islami Chief Siraj ul Haq has said that the US wanting to inquire Pakistan’s role in Afghan Taliban’s victory could be perfectly encapsulated in the Urdu idiom ‘khasiyani billi khumba noche’.

Sirajul Haq on Thursday tweeted his opinion on the ‘anti-Pakistan bill’ introduced in the US Senate this week. When translated, the idiom is akin to calling the US a cat, which is just scratching the pillar because it cannot reach the mice. The idiom has typically been used to refer to a person’s senseless frustration if they are unable to control something, which is what Sirajul Haq said the US senators were doing when they introduced the bill in Senate this week.

Sirajul Haq said that the US was shifting focus from their chaotic departure in Afghanistan by investigating Pakistan. The US should help rebuild Afghanistan and apologize to Afghans for wreaking havoc on their land for 20 years, said Sirajul Haq.

This week, close to two dozen US senators introduced a bill in the Senate to launch a full-blown inquiry into Pakistan’s role in aiding the Taliban between 2001 and 2020.

The bill also called upon the United Nations to not recognize Afghanistan’s new leadership or offer them a seat at any international forum. Sanctions were also sought for individuals found guilty of supporting Taliban, drug trafficking, terrorism, or human rights abuses in Afghanistan.

The bill came a few weeks after US troops fully withdrew from Afghanistan on August 30. The departure left in its wake scenes of devastation as Afghan refugees tried to flee the country, while others took to social media to express trepidation over the incumbent conservative regime.