Congress took important step to ensure Americans’ right to marry whom they love, US President 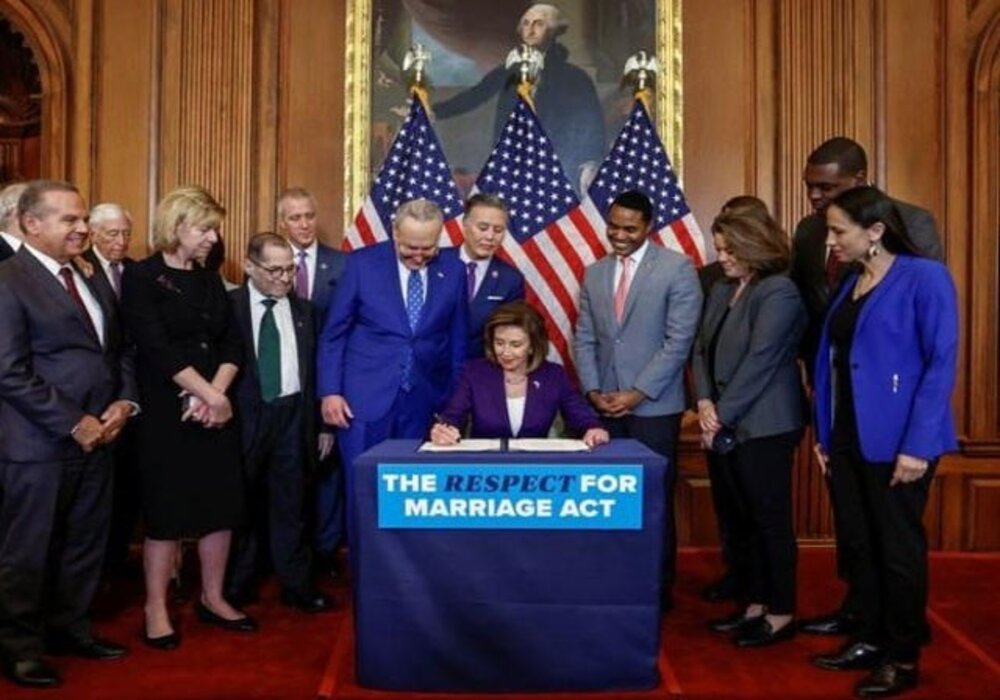 US Senate has passed a law to protect same-sex marriage under federal law which will soon be signed by President Joe Biden after which it will become law. This new law will be called the “Respect for Marriage Act”.

According to a media report, 39 Republicans also voted in favour of the bill in a bipartisan vote in the US Senate. The law was introduced after the conservative-led Supreme Court struck down long-standing abortion rights in June this year.

US President Joe Biden said in a statement, “Today Congress took an important step to ensure that Americans have the right to marry the man they love.”

The US president added that the bipartisan vote will provide peace of mind to the millions of same-sex and ethnic couples who were now guaranteed the rights and protections they and their children were entitled to.

This forced lawmakers on both sides to act to prevent the court from taking away the rights of same-sex marriage as some feared could happen. Earlier in July, this law was also passed by the House of Representatives and now after approval in the Senate, only the signature of the US President will be required.