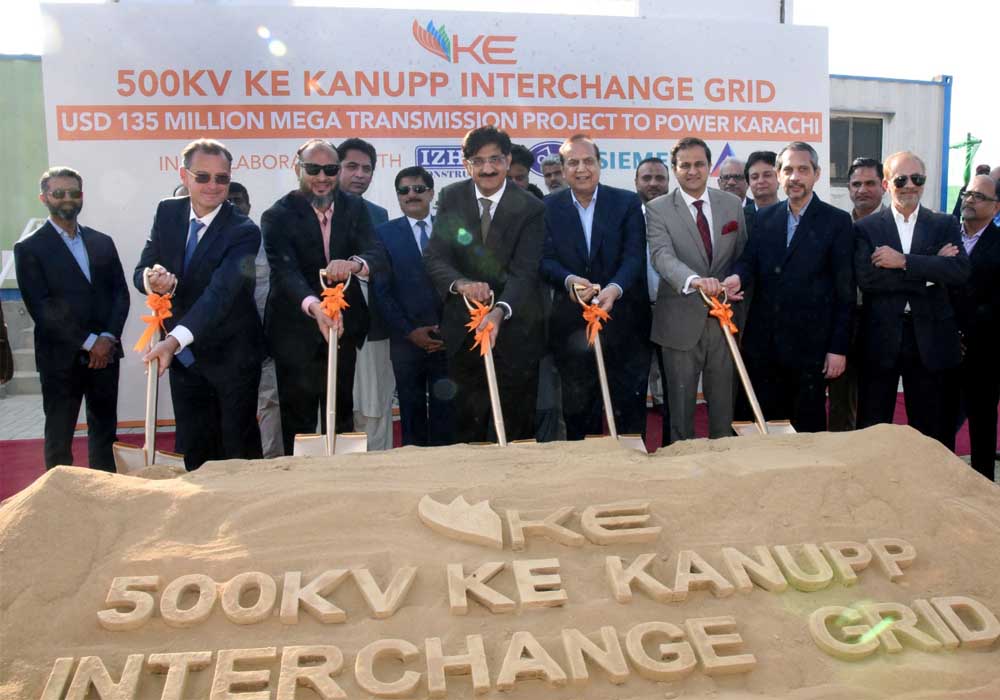 Sindh Chief Minister Syed Murad Ali Shah and USAID/Pakistan Mission Director Reed Aeschliman, after thorough discussions and deliberations, agreed to launch the “Green Cooperation” programme for the flood-affected growers and work together for the reconstruction of damaged houses and school buildings and to strengthen healthcare in the flood-hit areas.

Murad Ali Shah said that the total financing needs for Sindh were Rs1,688 Billion ($7.860 billion) which was 48.30 percent of the total needs estimated. He added that if cross-provincial estimates were truncated (only province-specific needs are considered), then Sindh’s needs were 67.60 percent of the total province-specific needs estimates. The CM said that financing pledged by donors to date was about Rs379.56 billion which showed a financing gap of at least Rs1,308.44 billion. He added that the significant gap could not be met by the local resources in ‘stressed’ economic conditions.

The USAID/Pakistan Mission Director Reed Aeschliman said that his organization was ready to help growers by providing them support for the purchase of seeds, pesticides, and urea so that they could start their cultivation. He also seeds that the water courses could also be repaired. The P&D dept and the USAID team would finalize the programme and it has been named `Green Cooperation’. Shah said that the World Bank was providing $500 million dollars and his government has spared Rs50 million and a similar amount is being given by the federal government. He said that the total cost to reconstruct the damaged houses would come to Rs570.167 billion.

The USAID Pakistan chief told the chief minister that his team would sit together with the P&D and Housing project CEO to work out a plan to contribute to the reconstruction of the damaged houses. The CM said that according to an estimate Rs97.84 billion were required to repair and reconstruct 19808 schools. He added that the provincial government would not be able to bear such a huge expense, therefore donors would have to help the provincial government.

Reed Aeschliman told the chief minister that USAID would support the Sindh government in the reconstruction of the schools. He added that the USAID and the Sindh government have a partnership in the health and education sectors. Murad Ali Shah told the visiting USAID team that Rs21.93 billion were required to repair 1045 damaged health facilities. The USAID Pakistan Director told the chief minister that they would help the provincial government to overhaul its healthcare system. A meeting between the Chairman P&D Hassan Naqvi and his team was fixed with the USAID team to finalize the modalities for repairing, renovating and overhauling educational, and health facilities.

Separately, Chief Minister Murad Ali Shah and Sindh Energy Minister Imtiaz Ahmed Shaikh attended the groundbreaking ceremony at KE’s KKI Grid on Monday. This is the 73rd grid in KE’s network and provides a link with the National Grid, giving Karachi further access to additional affordable electricity. The KKI Grid will be the third interconnection between the utility and the National Grid. In total, these interconnections will be capable of channelling up to 2,050 MW of electricity towards Karachi in the coming decade. Acknowledging KE’s commitment to the megacity, Murad Ali Shah remarked, “When we sit together and work on the challenges, solutions are found. We should move forward with this spirit for the betterment of the common man. The Sindh government is working closely with KE to ensure that our province and its major cities thrive.