Vegetable imports from India not under consideration: FO 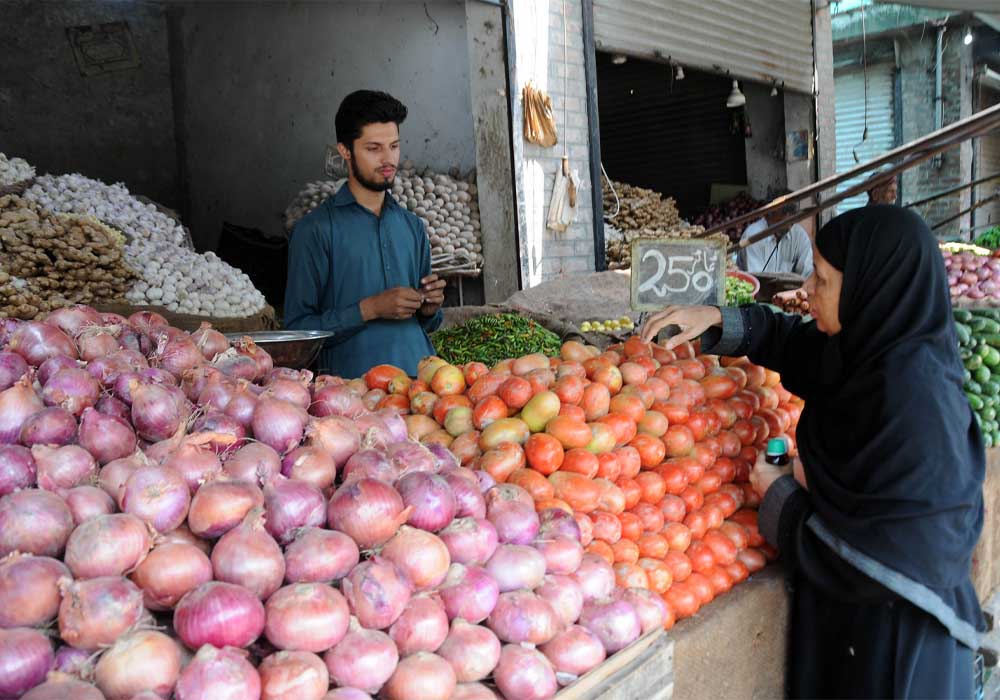 The Foreign Office (FO) on Thursday clarified that Pakistan currently has no proposal under consideration to allow the import of vegetables from India.

“We are in touch with countries in the broader region to facilitate the earliest import of vegetables in the country,” FO spokesman Asim Iftikhar Ahmad said in a weekly press briefing on Thursday. Ahmad’s comments come days after Finance Minister Miftah Ismail said that the government could “consider importing vegetables and other edible items from India” to facilitate people after recent floods destroyed crops across the country.

The finance minister said the prices of vegetables had risen considerably due to shortages and that he had discussed the issue with the commerce and finance secretaries. He added that they would take a plan to the prime minister in a day or two. “We will open duty-free import, make it easier and I also want to say that we will consider importing through the land border with India because these prices [of vegetables] are not sustainable,” he had said.

Pakistan formally downgraded its trade relations with India in August 2019 to the level of Israel with which Islamabad has no trade ties at all. The decision had come as a reaction to India’s decision to revoke Article 370 of its constitution that granted occupied Kashmir a special status. The FO spokesperson also said that Pakistan had issued a “strong demarche” to India while expressing solidarity with the people of held Kashmir on the first death anniversary of Hurriyat leader Syed Ali Shah Gillani.

Ahmad said that Pakistan was with Kashmiris on both sides of the Line of Control (LOC) in paying tribute to Geelani on the first anniversary of his martyrdom. “The Indian Charge d’Affaires (Cd’A) in Islamabad was called to the Ministry of Foreign Affairs and a strong demarche was made over India’s continued obstinacy and refusal to accept Syed Ali Shah Geelani’s right to a burial in accordance with his will,” he said.

The veteran Kashmiri separatist leader passed away last year at the age of 92 after being under house arrest for 11 years. Geelani had been a thorn for India since the early 1960s when he began campaigning for occupied Kashmir’s merger with Pakistan. He also pursued his separatist calls as a member of the Kashmir assembly. The day Geelani passed away, Indian troops had put up barbed wire rolls and barricades on roads leading to the leader’s house in the main city of Srinagar.

Hundreds of security forces were immediately deployed and media reports said a curfew had been imposed and internet services were cut. Two days later, Geelani’s body was snatched away from his family and buried against his will amid a lockdown in Srinagar. Subsequently, Pakistan demanded a probe into the funeral. The spokesperson said the Indian official was told about Pakistan’s deep regret that “despite the passage of one year since Geelani’s demise in Indian custody, the Government of India had persisted in its intransigence and denied him a dignified burial in the Cemetery of Martyrs as per his desire”.

More ominously, he continued, Kashmiris were not even allowed to pay respects to the revered leader at the graveyard in Srinagar’s Hyderpora where he was hurriedly buried by the Indian occupation forces in the absence of his family and followers. Also, in response to a question, the FO spokesman said that it was India that had walked away from playing bilateral cricket with Pakistan. “We have always advocated that sports should not be mixed with other matters,” Ahmad said, adding that if India wanted to play against Pakistan, it was always welcome to do so.