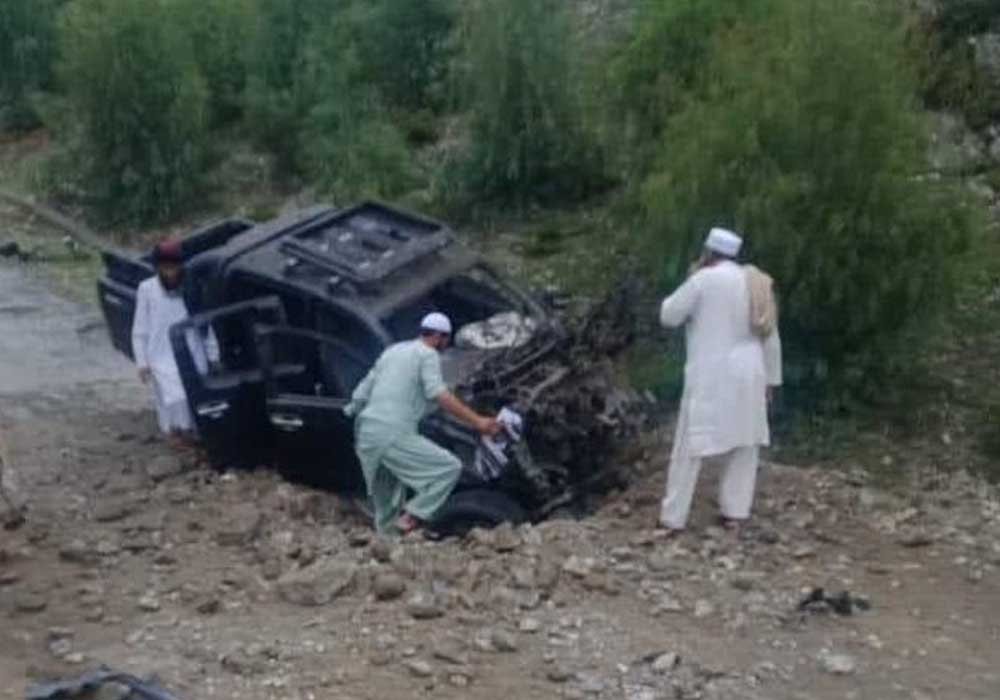 The vehicle of Jamiat Ulema-e-Islam-Fazlur Rehman’s (JUI-F) Tehsil Mayor of Khar, District Bajaur haji Said Badshah has been hit by an IED attack on Monday however he miraculously survived the incident and has been shifted to the hospital for treatment.

The incident happened near the Chinaran area of the district in which Badshah was injured.

A media report has claimed that the rescue sources confirming the incident have said that the JUI leader has been given first aid & shifted to District Headquarters Hospital.

According to reports, Islamic State Khurasan Province (ISKP) has frequently targeted JUI scholars and leaders in Bajaur n the recent past, even issuing a fatwa that allowed their killing.

ISKP has claimed responsibility for the attack, according to the report of The Khorasan Diary. It has been said that the group targeted the vehicle of JUI leader Badshah in the Salarzai area of Bajaur with an IED, wounding the JUI leader and his guards.

ISKP claimed the group targeted Badshah’s vehicle with an IED. The group claims they detonated an explosive device on the vehicle of the JUI-F leader in the Salarzai area of Bajaur.

Badshah had recently participated in the protest against the killing of a youth by unknown robbers in the Bar Trass area of Tehsil Salarzai on Friday.