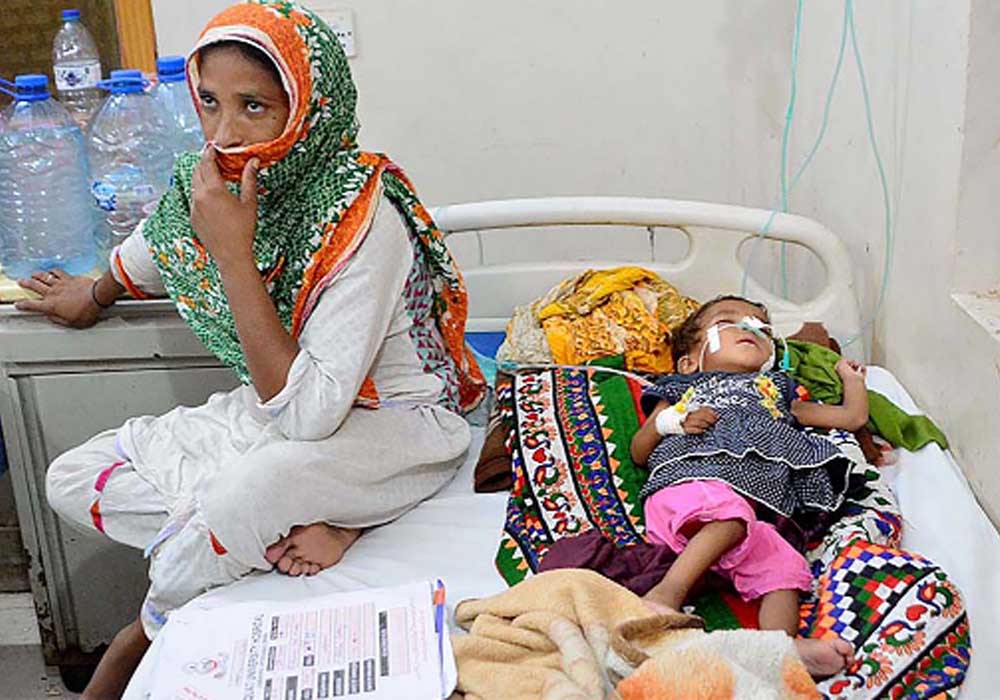 The reports gathered this reporter on Friday said that at least six people died of various infections after the high-ups of Sindh miserably failed to provide the quality healthcare facilities to those who are still forced to live under the open skies along the roadsides in number of the areas Dadu, Naushahro Feroze, Jacobabad, Kashmore-Kandhkot and other districts. The area people as well as the activists working in such badly affected areas said that all the relief work undertaken by the functionaries of Sindh government under the supervision of DCs had already stopped and those several thousand families whose settlements are still under floodwaters are exposed to the outbreak of the diseases and viral infections.

The health experts, who have already issued warnings to the high-ups of government to preempt the third wave of disaster caused by devastating floods to ensure the rehabilitation of the displaced people in their still submerged villages. They apprehended that if the remedial measures were not made on the war-footing the cold waves during the months of December and January the conditions in those districts could take the heavy toll on those who had been rendered homeless and were still forced to stay away from their homes due to stagnate waters.

The residents of various flooded villages of Dadu and other districts revealed that survey teams to assess their losses were yet arrive at those place villages which were still either submerged or surrounded by the flood-waters. Here it may be noted that Chief Secretary Sindh Dr Mohammad Sohail Rajput in a meeting held on Wednesday strictly directed the officials of various districts  to complete the survey of the loses caused by the destructive floods by December 5 so that the process of compensation could be initiated in all areas of the province.