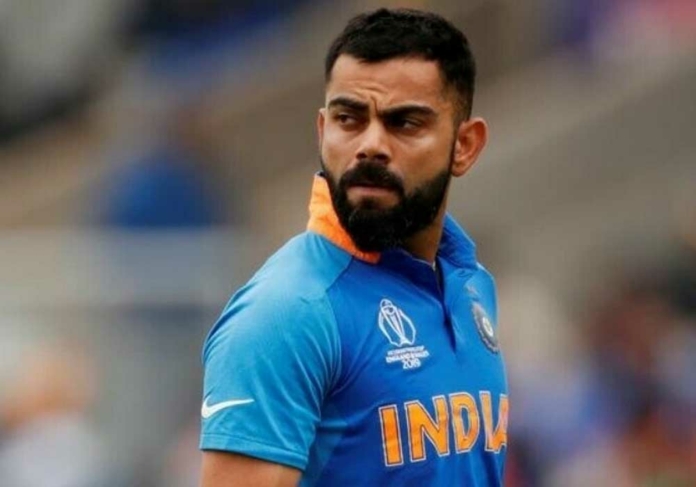 Indian cricket player Virat Kohli was struck in the nets during a practice session by pacer Harshal Patel.

Supporters of Virat Kohli expressed concern for the batter’s safety ahead of the semifinal match against England as the incident’s footage quickly gained popularity on social media.

Harshal appeared to have struck Kohli in the abdomen and he ran over to the batsman to see how he was doing. No major harm is reported.

Prior to Thursday’s semifinal match at Adelaide Oval against England, the Indian players have been putting in the work in the nets.

Indian captain Rohit Sharma had previously been struck in the nets, but the injury wasn’t significant, allowing the Hitman to play again just hours later.

Kohli appeared to be in a little discomfort and even bent down in discomfort in the footage.

Kohli returned to practice after a few hours and it has been said that there isn’t much to worry about in terms of his participation in the semi-final.

Earlier, Kohli posted a video of himself playing some hard shots in the nets.

Virat Kohli is the top-scoring batter in the tournament with 246 runs in five matches. He has three half-centuries under his belt already in this competition.

India will play England at Adelaide on Thursday to claim a place in the finals of the ICC T20 World Cup 2022.