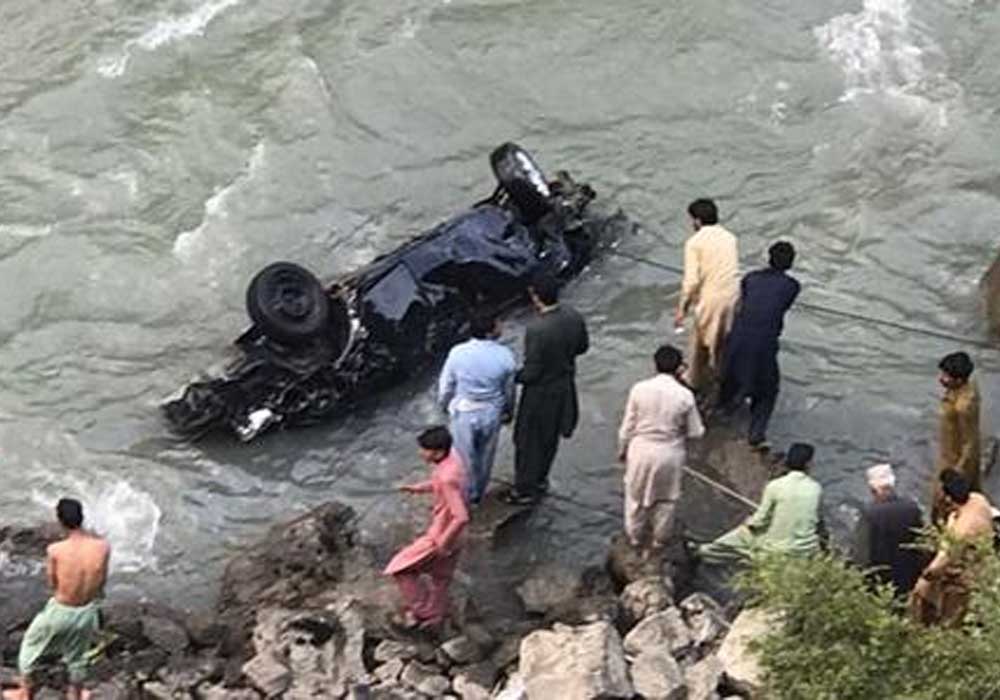 Six women were killed and eight others were hurt after a voter-carrying jeep rolled into a nullah in Azad Jammu and Kashmir’s (AJK) Neelum Valley on Sunday.

According to District Disaster Management Officer Akhtar Ayoub, the tragedy happened at around 12:30 pm in the Chhari neighbourhood of Dudhnial when the vehicle slid into a dry nullah that was 300 feet deep.

The passengers, he claimed, came to the Beesanwali polling stations close by and were citizens of Thanda Pani, a village beside the Neelum River.

Ayoub said that the car was “far overloaded with passengers.” The injured were moved to a Dudhnial Basic Health Unit.

He added that two polling stations had a brief stoppage in the election process as a result of the event.

Five of the injured were moved to Muzaffarabad for additional treatment after being transported from the Basic Health Unit in Dudhnial due to their serious injuries.

The occurrence, according to AJK Prime Minister Sardar Tanveer Ilyas, was “heart-wrenching.”

Ilyas said on Twitter that he had given the regional government instructions to assist in whatever manner they could.

Azad Kashmir conducted its first local government elections in decades on November 27, December 3, and December 8 for the Muzaffarabad, Poonch, and Mirpur divisions.