Wanted to go into elections at time of vote of no confidence, Khawaja Asif

Imran Khan and people in his party all same, money of charity is used in politics, Defence Minister 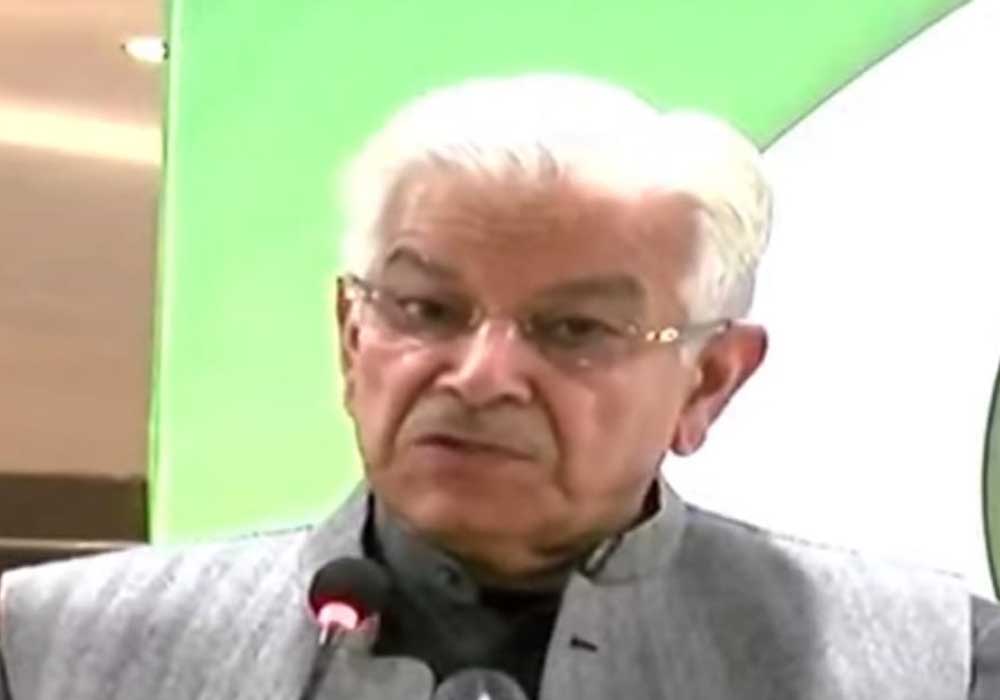 Defence Minister Khawaja Asif has said that he wanted to go into elections at the time of a vote of no confidence. He said that their reputation was damaged in the past eight months

Khawaja Asif said that now the elections will be held on time when assemblies will complete their tenure and they will not go into elections by blackmailing. He asked why PTI was not dissolving the Khyber Pakhtunkhwa assembly as there was no hurdle in dissolution.

Defence Minister said that the whole leadership of Pakistan Muslim League Nawaz (PML-N) was put into jail. He said that a daughter was arrested who had gone to visit his father.

He said that Imran Khan and the people in his party all were the same. He alleged that Imran didn’t do anything with his expenses but was spending others’ money. He said that the money from the charity was used in politics.

Khawaja Asif said that the leader and followers of Pakistan Tehreek-e-Insaf (PTI) were like pickpockets. He said that a game was being played with Pakistan’s politics because Imran Khan had the lust for power only.