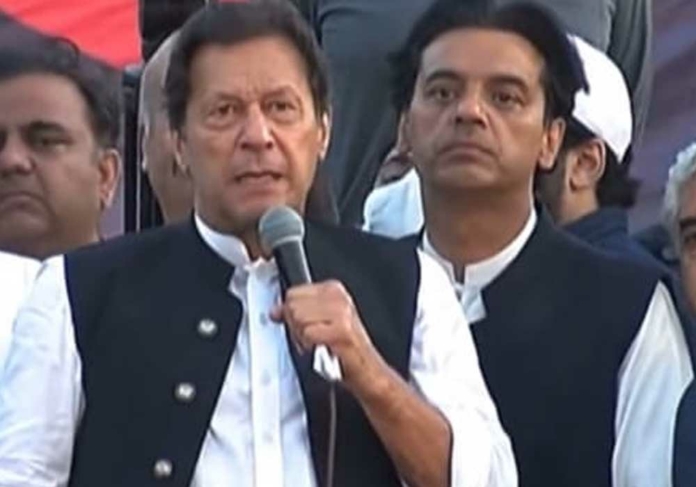 Pakistan Tehreek-e-Insaf Chairman Imran Khan while addressing the participants of PTI’s long march at Gakhar said that the inflation has taken the country by storm just after the imported government came into power.

He asked who was putting pressure on the administration of the United Arab Emirates (UAE) when Arshad Sharif was in Dubai. Imran said that they are marching to Islamabad to get real freedom for the nation.

He asked who has been trying to stop the media from working freely and who was giving orders to the Federal Investigation Agency (FIA).

He said that was Pakistan made for this purpose that absconders will decide important decisions from sitting abroad and a society cannot prosper unless justice prevails there.

He said that he was looking for a free nation for their right for the first time; he asked if Pakistan was made for the purpose that a murderer of 178 people would become its interior minister.

He said that there were cases of fake accounts against Asif Zardari. Ishaq Dar who had accepted committing crimes of money laundering has become the finance minister of the country.

Imran reiterated that their movement will continue until elections are held because the future of the country could not be let into the hands of these dacoits.