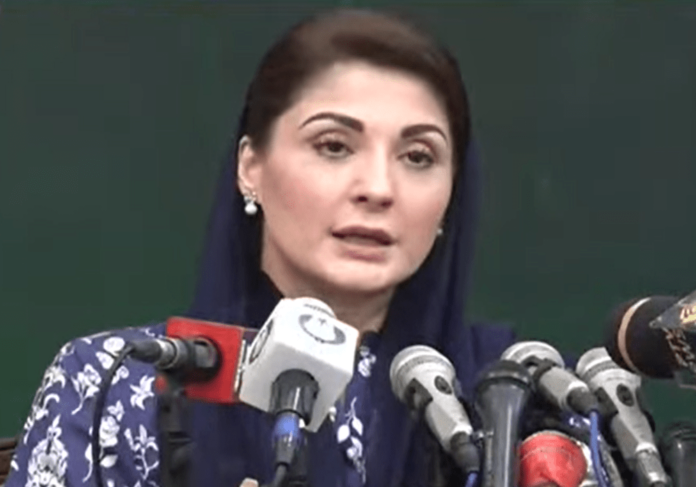 Pakistan Muslim League-Nawaz Vice President Maryam Nawaz during a press conference today questioned whether Judge Zeba Chaudhary was asked whether she wanted to forgive Imran Khan or not.

She did a detailed presser after receiving her passport. She spoke at length about her legal battles, Khan’s vendetta against her family, the court’s decision to let him go, and other pressing political matters.

Maryam told the judiciary that it should not be lenient with a person like Khan who thinks like “satan” and his only job is to blame people and launch smear campaigns.

“For years, he has been doing this. And when he does [something illegal] and sees that action will be taken against him, he apologises,” Maryam said about Khan who recently escaped being charged for contempt of court.

The PML-N leader said Khan went to the chambers of Additional District and Sessions Judge Zeba Chaudhry to apologise as he was aware that if he did not do it, then he could be disqualified.

“Was Zeba asked whether she wants to forgive him or not? Do you (courts) know what kind of precedent are you setting? Now, anyone can abuse and threaten any woman in jalsas,” she said.

Maryam added that since Khan has been forgiven, the contempt cases against PML-N leaders Talal Chaudhry, Daniyal Aziz, and Nehal Hashmi should also be disposed of.

“This devil (Khan) whom you have forgiven will do this again. He has been emboldened as he knows that now no matter what he does, he can seek forgiveness,” she said.

Earlier, PML-N Vice President Maryam Nawaz received her passport from the Lahore High Court (LHC) deputy registrar’s office (judicial) on Tuesday which she had been made to surrender to the court in 2019 in exchange for securing bail in the Chaudhry Sugar Mills (CSM) case.

The PML-N leader was accompanied by party leaders Pervaiz Rashid and Hina Pervaiz Butt among others.

In response to a journalist’s question about Maryam using the passport to fly to England and bringing back Nawaz Sharif, she responded, “May your words come true.”