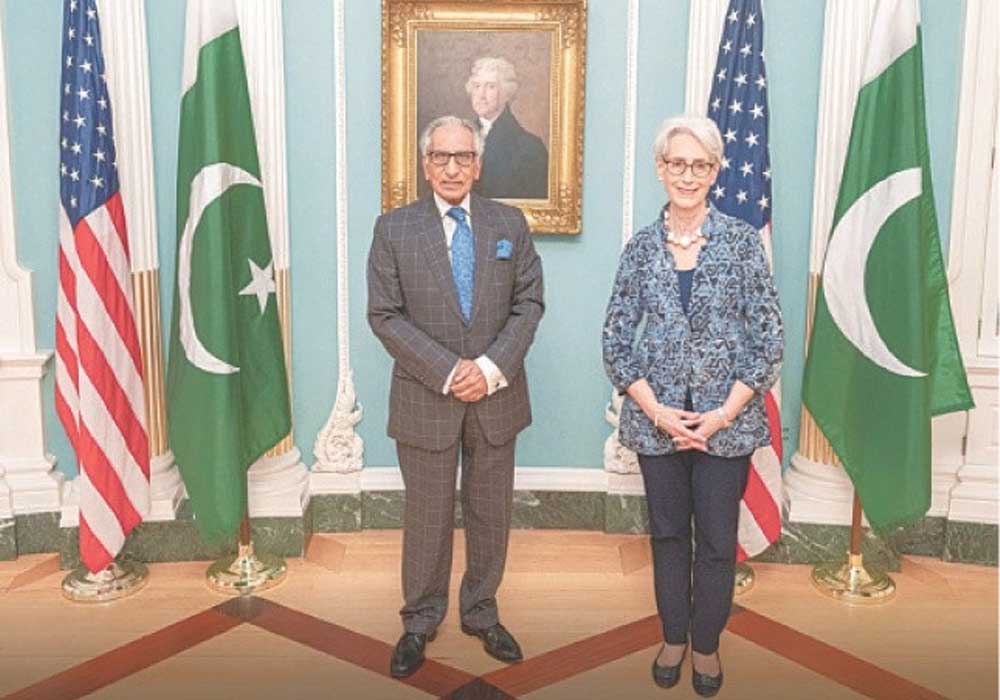 The diplomatic circles in Washington were surprised after Islamabad disowned the visit of the Special Assistant to Prime Minister (SAPM) who was sent to seek US support for reviving the economy.

Tariq Fatemi arrived in Washington last week where he held brainstorming sessions with the Pakistani Ambassador and other officials of the embassy.

Fatemi met with US Deputy Secretary of State Wendy Sherman at her office on July 21 after which Sherman had said on her official Twitter that she met with the special assistant to the PM of Pakistan to reaffirm shared goals of expanding enhanced economic and commercial ties.

US State Department spokesperson Ned Price also confirmed the meeting and stated that the talks had focused on regional stability, the devastating effects of Putin’s invasion of Ukraine on food security and Afghan coordination.

The Pakistani embassy also issued a press release and the meeting was covered by Pakistani media as well.

According to reports, it was speculated that the visit was to arrange a meeting between US President Joe Biden and PM Shehbaz Sharif during the UNGA in September.

However, on July 22, Ministry of Foreign Affairs spokesperson disavowed the visit calling it “private”. The spokesperson responding to a question also said that the foreign office had no role in arranging Fatemi’s meetings with US officials.

Washington circles have expressed concerns after the Foreign Office disavowed the visit and anxiety has been caused to the American side. According to reports, Washington sees Pakistan as a country where domestic politics override relations with other nations.

According to the diplomats, who have served in the US, this was the second time that this had happened. The first case was when a secret diplomatic cable was used for public support by a government facing a no-confidence motion. In the current second case, apparently to avoid annoying some quarters, the senior official’s visit for seeking support for the ailing economy has been disavowed.

According to International Relations experts, such meetings with deputy secretary level senior officials could not take place without state support.