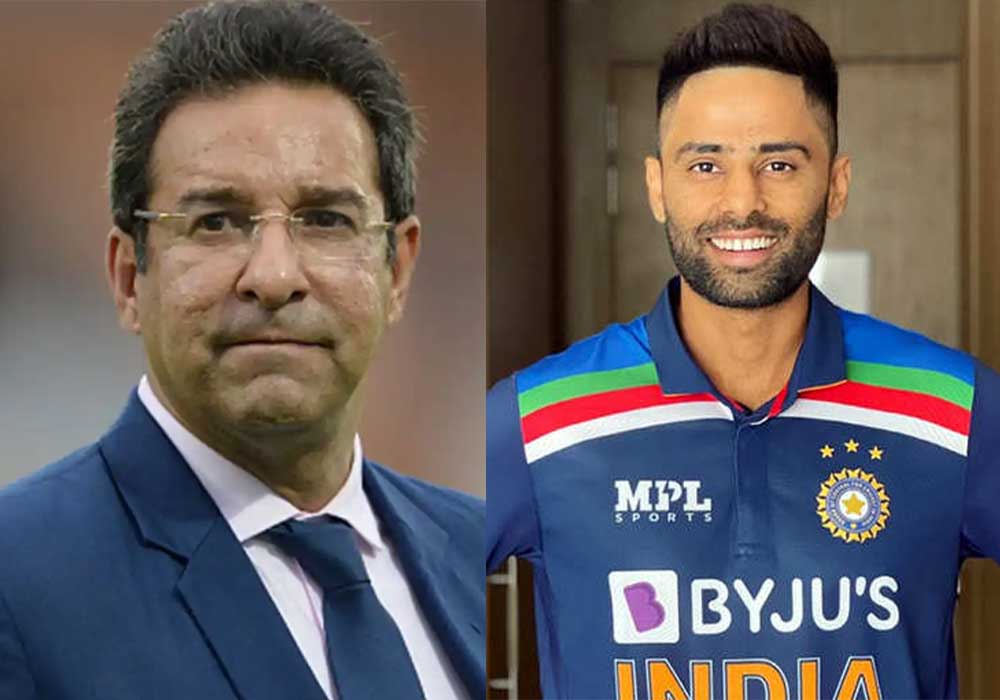 Pakistan and Indian cricket team arrived in Dubai to prepare for their next match on August 28 in Asia Cup, with former cricketer Wasim Akram cautioning against one Indian batsman.

Former captain of Pakistan and legendary bowler Wasim Akram during a press conference was asked to choose an Indian player who could seriously hurt Pakistan before the crucial match.

Wasim Akram listed young Indian batsman Suryakumar Yadav as one of his favorite players from the current era.

Suryakumar has established himself as a key member of the Indian batting order since his debut.

Akram, who had also previously worked with Suryakumar at the Kolkata Knight Riders, recalled how some of the shots he had played had rendered him speechless.

In response to a question on Suryakumar, he said, “Of course, Rohit Sharma, KL Rahul, and Virat Kohli are there, but one of my favorite players these days, in this shorter format is Suryakumar Yadav.”

“He has been phenomenal. I saw him the first year when he joined the Kolkata Knight Riders and he played a couple of games batting at No. 7 and 8. And a couple of shots he played, the one that he picks from the middle of his bat towards fine leg, that’s an unusual and difficult shot to muster,” he said.

Although Suryakumar’s chances of opening the innings in the Asia Cup are less, Akram believes that by batting at No. 4, the player might cause major harm to not only Pakistan but to the other teams as well.

Pakistan and India will face each other for the first time since last year’s T20 World cup, where Pakistan defeated India with a record 10 wickets.