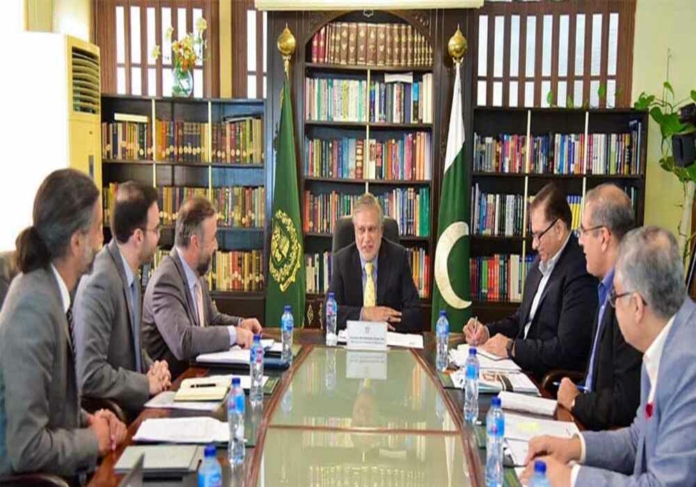 The World Bank Saturday announced the allocation of $2 billion in funds from existing projects for emergency operations in flood-affected areas of Pakistan.

World Bank Country Director Najy Benhassine made the announcement during a meeting with Finance Minister Ishaq Dar in Islamabad, saying the funds will be allocated from the bank’s existing financed projects for “emergency operations” in flood-battered areas.

According to a Finance Ministry statement, Benhassine said approximately $1.5 billion of the total promised amount will be mobilized this year due to the emergency situation.

Ishaq Dar also discussed with the World Bank delegation the economic challenges that the country is currently facing in the aftermath of the unprecedented floods, mainly in terms of infrastructure and agriculture.

The announcement from WB comes after the Asian Development Bank (ADB) announced providing $ 2.3 to 2.5 billion to Pakistan for flood relief efforts.

According to a press release issued by the Finance Division, the announcement was made during a meeting between Finance Minister Ishaq Dar and ADB Country Director for Pakistan Yong Ye.

The ADB also announced US$ 1.5bn for the BRACE program which will be placed before the ADB Board for approval during this month, it added.

Yong Ye also apprised the minister about the ongoing and future projects of the ADB in different sectors, including social protection, food security and energy sectors.

Separately, Ishaq Dar said that the dollar will fall below Rs200 in coming days.

“The Pakistani rupee has been manipulated in the recent past. Individuals, some institutions and few banks were also involved in that game. They damaged the country to earn a few billion rupees,” he said while talking to a private TV channel.

The finance minister held the previous PTI-led government for the economic mess that had left the country on the verge of bankruptcy.

The minister briefed the high commissioner about the devastation caused by the recent floods in Pakistan.

He said that relations between the two countries needed to be further expended for the mutual benefit of the two sides.