We need to adopt energy-related austerity as nation: Prime Minister 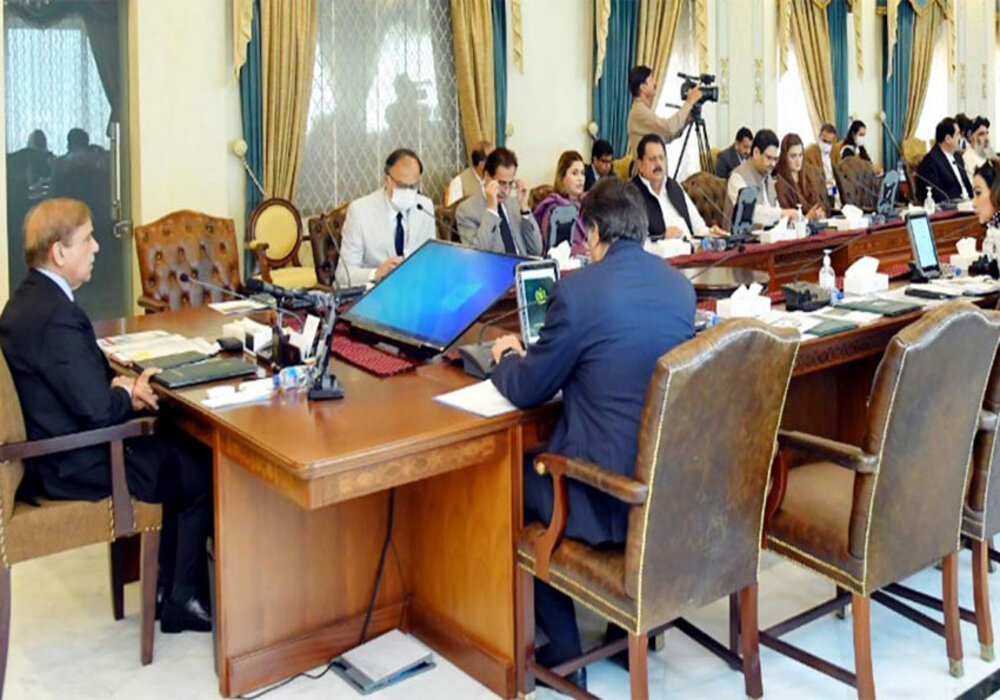 The Prime Minister has said that as a nation it needed to adopt energy-related austerity.

Officials of the Ministry of Industry and Production in a briefing to the federal cabinet have said that licenses had been issued to 22 companies in Pakistan to manufacture electric bikes.

Prime Minister Shehbaz Sharif chaired a meeting of the federal cabinet on Monday and expressed regret over the arrest of senior parliamentarian Chaudhry Ashraf in a 53-year-old case.

According to a statement, the federal cabinet has said that there will be no compromise on the law and order situation in the country. The federal cabinet also paid tribute to the security forces for their continuous struggle against terrorism.

The federal cabinet approved the One Stop Service Act to facilitate one-window operations in special economic zones, 14.11 square kilometres to give commercial status to Taj Field Mirpur Khas on a commercial basis.

The cabinet also endorsed the decisions taken in the meetings of the Economic Coordination Committee on December 21 and November 15.

The Ministry of Industry and Production said in a briefing that licenses had been issued to 22 companies to manufacture electric bikes in the country and the promotion of electric bikes in Pakistan will save a lot in terms of fuel.

It was informed in the briefing that at present 90 companies were making motorcycles and auto rickshaws in Pakistan and there has been a facility to make six million motorcycles annually in the country.

Addressing the cabinet members, the Prime Minister said that an urgent change in attitude and behaviour was required and implementation of energy saving plan and use of alternative energy was essential to reduce the import bill.

The Prime Minister also directed the Energy Minister to submit a detailed report on the capacity of wind power to the cabinet. He also directed to form of a committee to reduce the consumption of electricity in government offices by 30 percent.