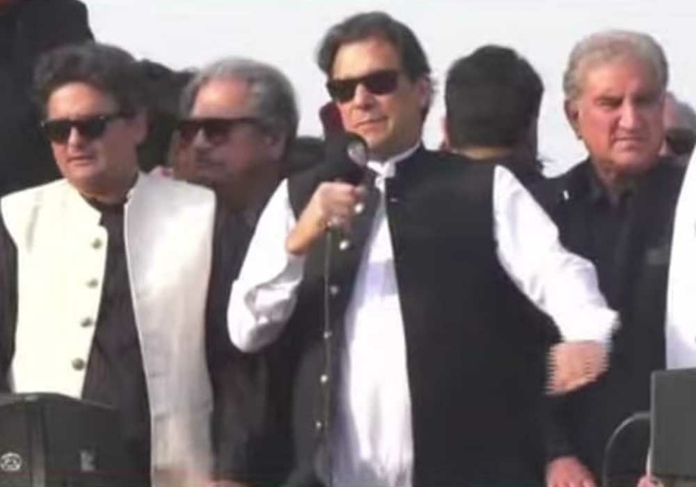 PTI Chairman and former prime minister Imran Khan said that we are with our army and our criticism is constructive.

On Sunday, while addressing a public gathering at Muridke, Khan said “I want the army to be strong. We need a strong army. My criticism is not intended to harm them. The Indian media is happy that I and the army are facing off.

Imran Khan claimed he did not speak to “boot polishers” in response to Shehbaz Sharif’s claim that he was seeking discussions regarding the nomination of the new army chief.

Imran stated, “I spoke to those with whom Shehbaz hid in the car trunk to meet also claiming that he was not nurtured in a “military dictator’s nursery.”

“Unlike Zulfikar Ali Bhutto, I don’t refer to Ayub Khan as my father. The PTI leader declared, “I am not like Nawaz Sharif, who built General Jilani’s residence and begged General Ziaul Haq for ministry.

The PTI chairman said that his party is firmly standing with the army in response to the Indian media’s coverage of his attack on military personnel.

Khan asserted, “I came to power with the power of the people, not because of the establishment, and I solely desire rule of law and the respect of the people’s rights.”

The PTI chairman continued his criticism of the coalition government by claiming that former ruler Pervez Musharraf damaged the nation by giving an NRO to these parties.