We will work out our problems as long as Modi is here: Sheikh Hasina 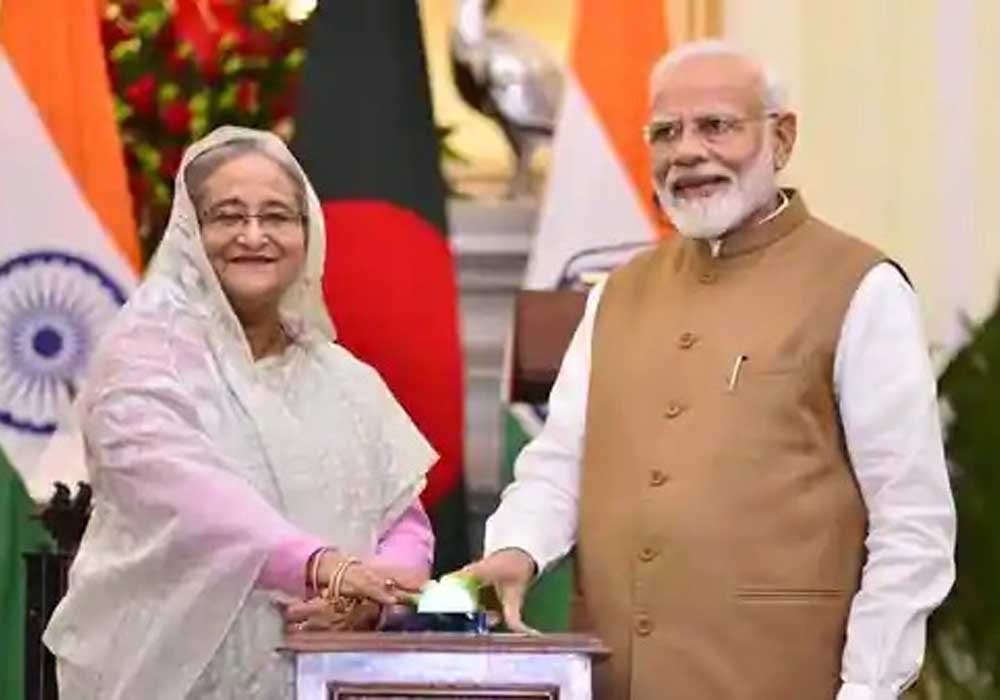 Bangladesh Prime Minister Sheikh Hasina, who is currently in India, said that Bangladesh and India will work out their problems as long as Prime Minister Narendra Modi was here [in government].

On Tuesday, she remarked this in the context of sharing river waters as the two nations signed an interim water sharing deal for the Kushiyara River, the first such agreement between them in almost 25 years.

Both countries are committed to strengthening their collaboration in the fight against terrorism and extremism and to beginning talks on a comprehensive trade agreement.

Modi said that the Kushiyara accord would benefit the people of Sylhet, Bangladesh, and southern Assam. He said that the two nations will exchange flood intelligence.

Modi further stated that the COVID-19 pandemic and the current geopolitical problems made it vital to improve mutual economic connections. He added that the two sides will begin discussions on a trade deal.

According to Hasina, the historic War of Liberation of Bangladesh in 1971 marked a turning point in our bilateral ties.

She added, “We are grateful for the tremendous support offered by the government and people of India at that time.”

The Mujib Scholarship was also announced by Hasina on Tuesday for the children of Indian soldiers who died in the 1971 War or suffered severe injuries. She announced that the awards would be given out on Wednesday.

In addition to the deal on the water sharing in Kushiyara, the two parties also signed agreements on trains, space, IT, and media.