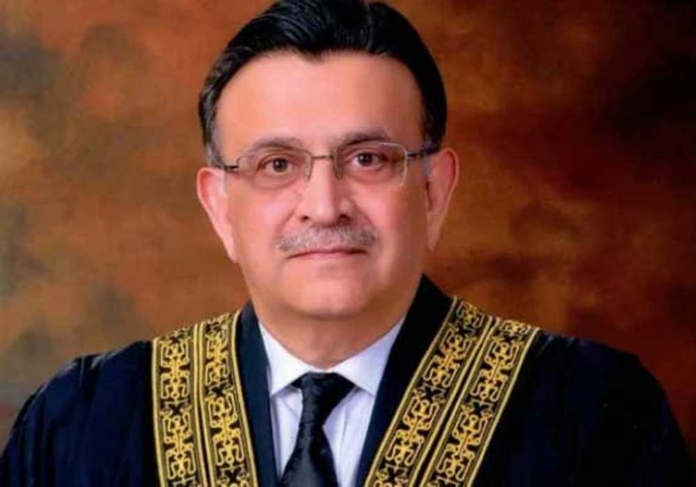 During the hearing of the Imran Khan contempt of court case, Chief Justice Omar Bandial while talking to Azam Swati stated that what happened to you is very painful.

Pakistan Tehreek-e-Insaf Senator Azam Swati was also present at the hearing of the contempt of court case against PTI leader Imran Khan.

The Chief Justice informed Azam Swati that his case is in the HR cell, that the court is cautious in this matter, and that the case will be handled under the law.

The Chief Justice stated that he had never stayed in the Supreme Court’s rest house, to which Azam Swati replied, “Yes, you are correct, I stayed in Quetta Federal Lodge.”

The Chief Justice also stated that PEMRA and PTA will be ordered to remove the alleged video, to which the PTI leader responded that the video that should be removed may not be the one that was sent to me.

During the hearing, the Chief Justice also mentioned the Arshad Sharif murder case and stated that the HR cell was also formed in response to Arshad Sharif’s mother’s letter regarding his murder.

CJ Bandial also stated that the investigation commission went to Kenya to investigate the matter and Supreme Court has asked for a report from this commission.

“The Supreme Court cannot investigate by itself, it will be easier to assist once the report is here,” said CJ Umar Bandial.