When dancers gathered at Azadi Chowk to exhibit freedom

Coverage of Rhymistan 5, a dance event held at Azadi Chowk, Lahore on November 20 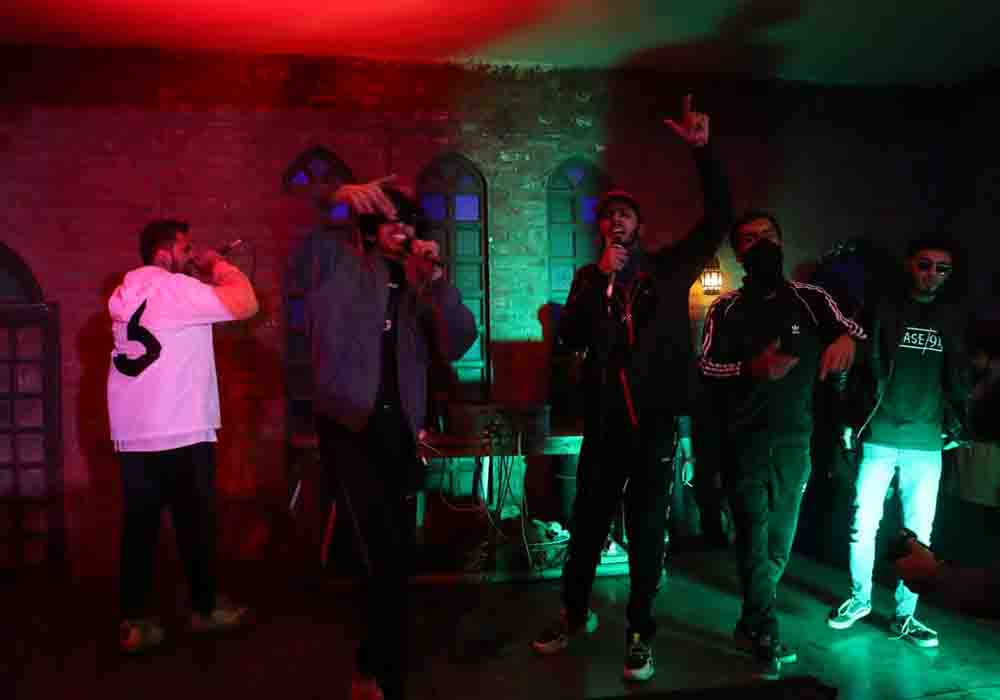 Music is a never-ending era in itself – stretching from the beginning of time to date – an element that co-exists harmoniously in everything that makes a sound. A teacher once asked our class to pay close attention to the movement of a fountain, the sound of the water drops colliding with the surface in a soft motion. “What do you hear?” she asked. A rhythm formed as we watched and listened attentively.

The flesh we take for granted, gifted to us as a form of expression, is considered a sin by few and a form of worship by others. The origin of both music and dance takes us back centuries ago. It’s everything, from paying homage to the ancient gods and goddesses through exquisitely portrayed body movements to a form of self-expression. To many art lovers, it acts as fuel for the engine.

Now, music has 41 primary genres including hip-hop and rap. This genre eventually reached out to the other parts of the world as the resisting forces emerged along with its rise. Pakistan happens to be among the countries with a low acceptance of unique music, dance, and other art forms. The rap legend Bohemia and the remarkably talented Young Stunners and Xpolymer Dar seem to have given a bigger platform to the youth striving to express themselves through their artistic abilities. 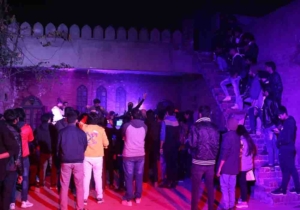 Being an individual who likes to stay connected to the current music scene, receiving news about Rhymistan’s Season 5 proved to be the perfect topic to write on. The building, the Inner City Art Centre which doesn’t shy away from providing all possible facilities to the young hip-hop talent out there, has stood since the 1970s and has a movie-like touch to its walls and wooden chairs with numerous art pieces and glass bottles lined neatly in a nook. A blue light hangs on the ceiling outside the practice rooms, revealing a flight of stairs leading towards the roof. The vibe gives a hint that this was once a museum. Its importance also lies in the fact that many famous artists started their respective careers from here, such as Fadi, Hamzee, BBoy Taishi and Nomalogy, while so many greats have exhibited their performances here such as SKD, Iqbal, Verse, Daranti Group, Xpolymer Dar, Pepsi Rap Battle Winner Aqeel Sarfraaz and Raamis, who happens to be the cousin brother of Asim Azhar. With a current count of 40 crew members, O Positive Production too, has been devotedly promoting hip-hop in partnership with another young talent, Naeem, known as Prince, and his label, Stone Production for four years. The event under consideration, Rhymistan, was organized by this very production house along with 42 Clique, the latter being the co-organizer. 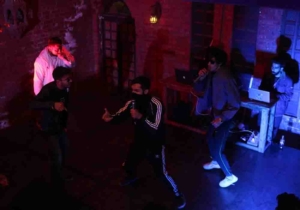 Two names that need special attention are Imran, popularly known as Da Emiee World, and Hafsah Haq, both of whom not only had spectacular performances to offer, but also offered their services to Rhymistan as major choreographers who took one whole year to bring the best out of the event and all the talents involved in executing it. From the two, Imran, a 24-year-old has been dancing since his childhood and considers himself the best freestyle dancer in his crew; the group that has grown a lot over the years began with Imran alone.

It was also crucial to meet the organizer, Naeem, to cover the event in the best way possible. Like our society, I had prejudices against new talents performing their self-written and self-produced music in antique buildings. Stepping inside gave me a rush of confusing emotions. Was it safe to be here?

My biases subsided after meeting the owner of the building and speaking to a few performers. Muhammad Umar Naeem walked in with his fur jacket, boots, and a lighter dangling around his neck with a polished chain. The man embodied his art posted on Instagram and happens to be a Fashion Design Graduate and a Sufism enthusiast, providing a platform to the overlooked youth. A signal to join the crowd upstairs came shortly after an in-depth conversation with Umar Naeem about his career.

The rooftop slowly began filling with youngsters out to have a fun Saturday night and some waiting for their friends to showcase their incredible talents. The first rap group composed of three young men stepping on the stage with their well-selected outfits, perfect for a banger; Pabblo, Big Faiz, and Dawar. Businessmen, and a student respectively known by their group name, ‘Underdawgs’ have been standing in the rap scene for three years. The boys had a cold appearance on stage, ready to rock the world with their fire songs and an intense flow.

Two of the young rappers agreed to have a brief conversation regarding their epic stage presence. Pabblo’s sunglasses and Faiz’s gait convinced my brain about the cold demeanor being their actual personalities. However, the two music enthusiasts proved my prejudice entirely wrong by their stutters, the off-stage sweetness, respect, and by sharing enough information about their thriving group. The kindness of every individual present there gave me a sense of realization about their hidden personalities tarnished by society’s narrow view of them simply because of their passion for creating unique masterpieces through music. 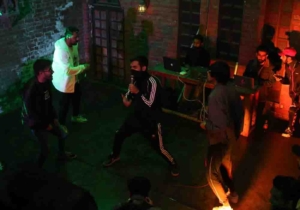 The event went on with the performers hyping up the crowd and some dancing in a circle at the back. This article might end with a few more words as I had missed the opportunity to meet some of the much-loved female performers including Lahore’s top choreographer, Hafsah Haq. My luck decided to stay for the night and I got the chance to catch a glimpse of the highly-anticipated female dancers beating the rest of the line-up with their sharp movements.

The experience, overall, gave a new look to the Pakistani music scene waiting to emerge from the dark and take the world by storm. To our readers, keep a sharp eye on Rhymistan’s next event because you’d regret missing the emerging talent of Pakistani youth.