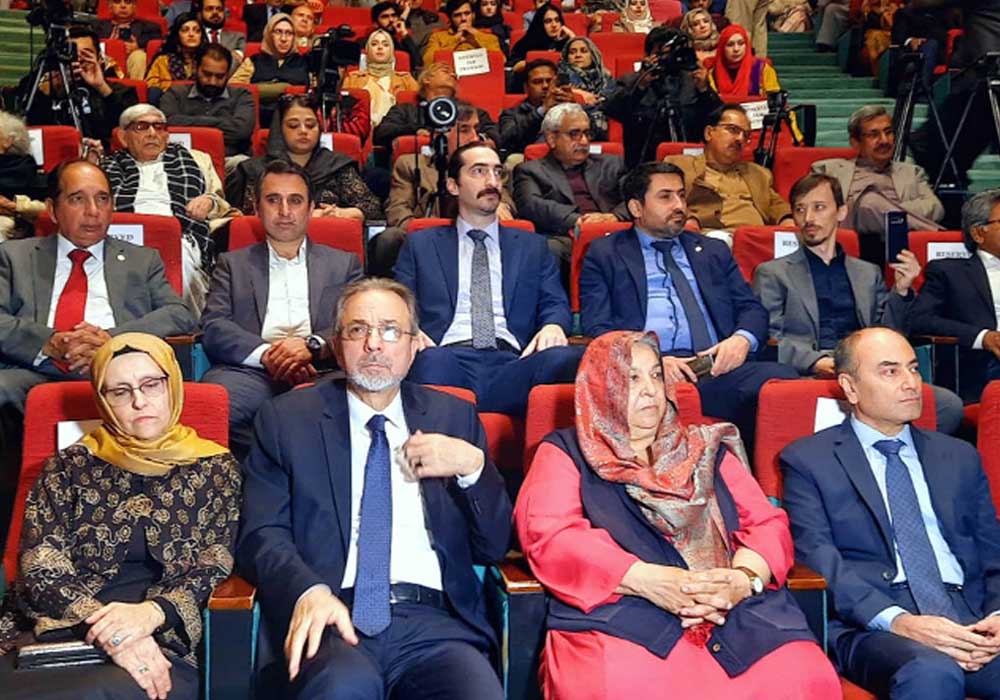 Donning tall felt hats and white gowns over long skirts, whirling dervishes from Turkiye along with a group of local artists left the audience spellbound during an event – Raqs-e-Dervish – at the Alhamra Art Centre on Saturday.

The event was jointly organized by the Embassy of Turkey and the Alhamra Arts Council to celebrate 75 years of friendship between Pakistan and Turkey.

Punjab Health Minister Dr Yasmin Rashid, Turkish Ambassador Dr Mehmet Pacaci, Alhamra Executive Director Zulfiqar Ali Zulfi, Consul of Turkiye Emir Ozbey, senior officials of Yunus Emery Cultural Center, Director General Khana Farhang Iran Jafar Ronas, Member Board of Governors of Lahore Arts Council Alhamra Muhammad Ali Baloch and people from all walks of life graced the occasion. The transcendental performance mesmerized the participants and left them spellbound. In the beginning of their performance, the artists asked the audience not to clap and stay calm to feel the rhythm of what they were going to perform.

“It was just amazing. I have no words to express my feelings,” said a man as the performance concluded. He was describing his first experience of observing “dervish dance and Sufi music”.

“For the moment, I just felt so much more relaxed as if it had taken away all my worries. I was in such a place that was filled with love, peace and harmony,” he explained.

Later, Turkish Ambassador Dr Mehmet Pacaci expressed his thoughts at the ceremony, saying that there are ideal relations between Pakistan and Turkiye which he said would be strengthened in the future. The ambassador added said that Turkiye fully supported Pakistan in every situation and vowed to take bilateral relations to new heights.

Alhamra Executive Director Zulfiqar Ali Zulfi said that Alharma was proud of hosting the commemorative event on the completion of 75 years of Pakistan-Turkey friendship.