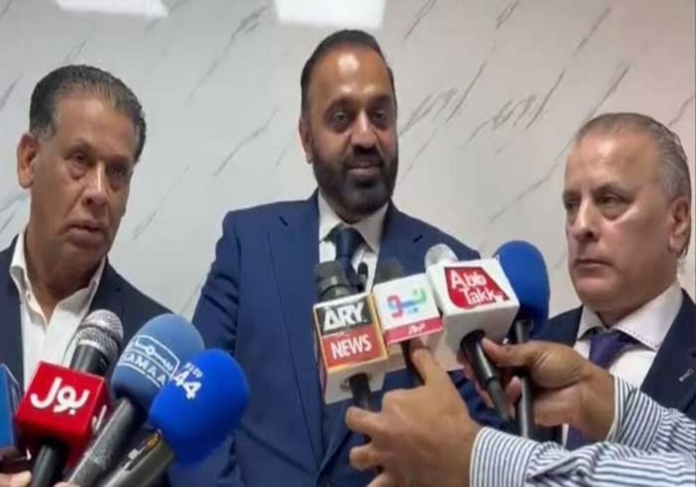 Tasneem Haider Shah who has been making headlines for the past day has alleged PML-N top leaders including Mian Muhammad Nawaz Sharif plotting the murder of journalist Arshad Sharif and the assassination of PTI leader and former Premier Imran Khan.

Tasneem Haider in his statement claimed that he is a member of PML-N for the past 25 years and is currently working as PML-N spokesperson in London.

He also claimed that he was present at London meetings in July and October where PML-N leader’s plotted the death of Journalist Arshad Sharif.

Haider also said that PMLN asked him to find a shooter to shoot Imran Khan in Wazirabad which he could not find.

However, PML-N refuted all the claims made by Tasneem Haider.

Information Minister Marriyum Aurangzeb denied Tasneem being part of PML-N or being a PML-N spokesperson in London calling him a PTI organizer in London.

“Tasneem Haider has no association with the PML-N. If he has any evidence, then he should present them before the JIT’s lawful forum, “Marriyum said.

Zubair Gul stated that PML-N will drag him into Britain courts. The drama has been plotted to divert attention from real murderers.

A conman of the highest order.

However, Zulfi Bukhari rejected all the claims made by Tarar.

Meanwhile, Punjab Police had claimed that Tasneem Haider Shah is a suspect in a murder case in Gujrat’s police station since May 15, 2004, in which 17 people were killed and he was nominated in the case during the investigation.