Who is Waqar Ahmed? 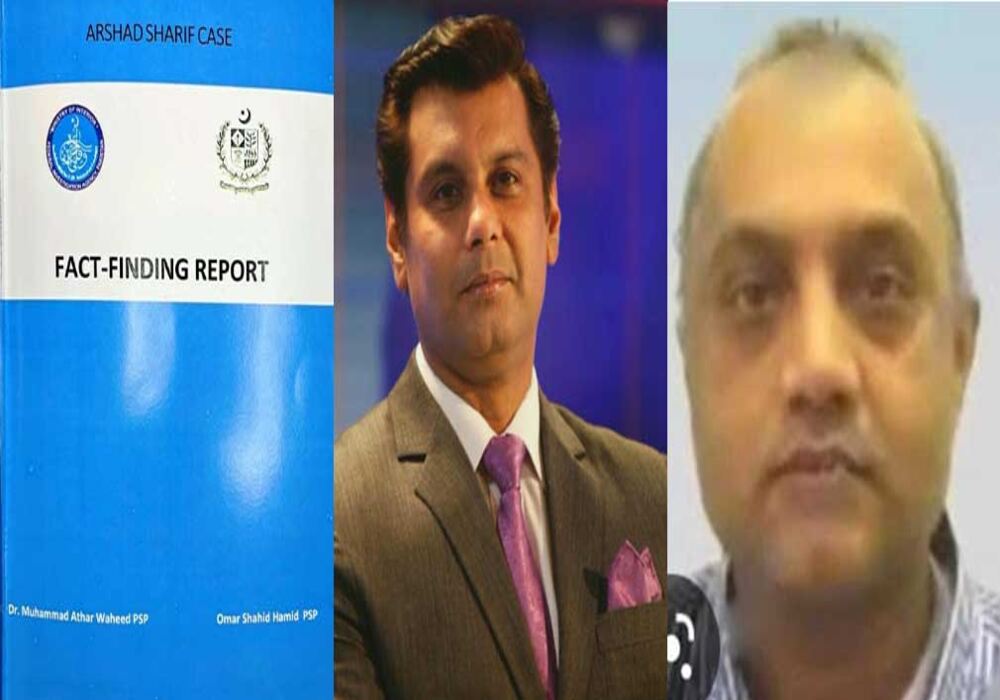 Senior Pakistani journalist Muhammad Arshad Sharif was assassinated on October 23, 2022, in Kajlado County, which is located three hours outside of Nairobi, Kenya.

Sharif was reportedly on his way back to Nairobi from the Kwenia farm with Khuram Ahmed, who was driving him in a Toyota Land Cruiser when he was fatally shot by police who believed it to be a case of mistaken identity. The Kenyan authorities initially reported the incident according to this account.

But in response to massive public outrage, the Prime Minister of Pakistan established a special Fact-Finding Team to investigate the cause of Sharif’s death.

The initial reports of the incident find Waqar Ahmed, Khurram Ahmed, and Waqar Ahmed’s wife Moureen Waqar who hosted the journalist in Kenya suspicious, so let’s dig deep into who Waqar Ahmed is and how he is connected to Arshad Sharif’s brutal killing.

As per the report, Waqar Ahmed arranged an invitation letter for Arshad Sharif’s Kenyan visa on 20th August as Arshad had to leave UAE instantly apparently on demand of UAE authorities.

According to the report, Waqar Ahmed’s uncle Jamal picked up Arshad Sharif at the airport and drove him to Waqar-owned apartments, Royal Green.

Arshad Sharif spent the following two months and three days living in the penthouse suite that Waqar provided for him to use.

It further stated that on the evening of October 22, Arshad Sharif and Waqar Brother Khurram Ahmed travelled to the Kwenla farm, where Waqar Ahmed established the Ammodump shooting range and training facility.

Waqar Ahmed had planned a bush barbecue in the jungle at a far-flung area of the estate on the evening of October 23. Waqar, his wife Maureen, Khuram, Arshad, and some Americans were present at the barbecue.

Arshad left the scene with Khurram Ahmed and ended up dying.

Waqar Ahmed is the one who called the police on the scene as well as he also informed Tariq Wasi in Pakistan about the incident.

He is alsoavailable on social media applications. He also does lounge business on a Kenya farm owned by his friend Jamsaid.

Waqar added that it had been five years since his last trip to Pakistan. He completed his higher education in America.

In 2000, Waqar moved to Kenya, where he joined his father’s already successful business named Hut and Homes and expanded it. He works as director of operations at hut and homes.

He also owns 18-20 apartments in Kenya and is also a partner in the Kwenia farm that consists of 2100 acres of land and has a partnership with one Shahbaz who is originally from Karachi but has resided in Kenya for the past 27 years. Waqar also has Canadian nationality.

According to Waqar Ahmed, Azam Siddiqui introduced Waqar to Arshad Sharif, and they met at the ARY office almost ten years ago.

Upon his relationship with Tariq Wasi, he said Tariq Ahmed Wasi is my close friend.

Additionally, he said that on August 19, 2022, Tariq Wasi wanted me to help one of his friends by writing him an invitation who wants to stay in Kenya because his visa for Dubai is about to expire.

According to Waqar, he allowed Arshad to stay with him at Wasi’s request.

Additionally, he claimed that Tariq withheld the name of his friend out of respect for privacy.

He added that Mehboob, Salman Iqbal’s brother-in-law, contacted him and inquired about the visa application process to which Waqar responded by telling him that he needed to apply for the visa online.

Waqar also claimed that he did not visit Arshad Sharif in Kenya for one last month as he was busy with his US embassy schedule but his brother Khurram frequently visited Arshad.

He also revealed that during the 2-month stay of Arshad Sharif in Kenya he only went out once to meet an elderly man to get some money from him who according to Arshad was the father of his friend.

He added, “However, ARY spread false information about Khuram and me. Arshad Sharif shared affection with my family members as my brother did. I used to send him lunches and dinners, along with my brother Khuram. He and we are on very good terms, so we have no reason to kill him. I have my doubts about Salman Iqbal’s actions.”

Whereas upon being questioned by FFT Tariq Wasi said he has no information about it. He also revealed that he had known Waqar for 25 years but he did not know that Waqar owned a shooting range or had connections with Kenyan intelligence.

According to speculations, Waqar is well connected to Kenya’s National Intelligence Service (NIS) as per the analyst he would need to have high-level contacts to obtain the required permissions simply under operating a private training facility for militias and Special Forces.

Waqar called a senior NIS officer when the High Commission’s representative arrived, who told him not to let the Pakistanis take anything. An officer with the rank of Assistant Director was dispatched in the background to stop the Pakistanis and seize any items they were stealing. Despite the Pakistanis’ attempts to obstruct them, the High Commission staff was able to recover several important pieces of evidence, including two cell phones, one computer, and Arshad Sharif’s diary that he used during the attack.

Waqar’s interactions with the FFT for the first three times remained remarkably normal, according to FFT. However, Waqar only started acting evasively and began altering his story when the FFT began requesting specific items, such as evidence. In particular, conversations with Tariq Wasi and/or Salman Iqbal were requested to be shared from Waqar’s voicemails and Whatsapp messages that were pertinent to the case by the FFT.

Waqar initially consented after his wife Maureen insisted that a lawyer witness and certify the transfer of the data. The FFT concurred, but Waqar later changed his mind.

During the FFT visit, Arshad’s USB drives and passport were found to be in the possession of his wife Shumaila whereas, he earlier claimed that it was given to NIS.

When FFT requested access to the apartment’s security footage. Waqar’s actions were strange once again.

When Waqar was asked to provide copies of the CCTV footage, he initially agreed before explaining that the footage of the 19th of October was missing due to a technical issue. This is even though the FFT had initially reviewed footage of Arshad Sharif and Khuram leaving the apartment complex. When notified about the footage later in the day, he declined to turn it over, citing the fact that he had not given the footage to local authorities and that his wife and lawyer were instructing him not to hand over the footage. He had earlier promised to deliver a copy to the FFT later that day.

Both wives of Arshad Sharif also in their statement cleared that they never met or talked with Waqar Ahmed or Khurram Ahmed.

According to Arshad Sharif’s wife Javeria, she only got a call from Moureen and Waqar After the death of her husband.