WHO raises alarm on ‘second disaster’ in flood-hit areas

Another 28 lose lives to water-borne diseases in Sindh 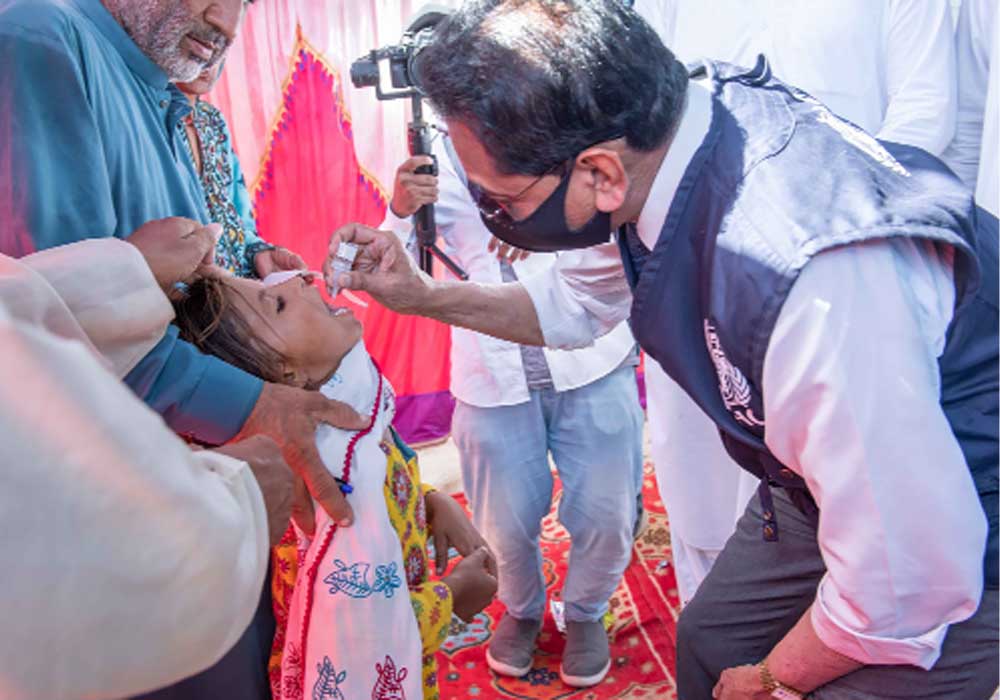 The World Health Organisation (WHO) has sounded the alarm over an impending “second disaster” of disease and death as concerns grow over the spread of water-borne diseases among the flood-hit people in Sindh.

The warning, issued late on Saturday by WHO Director General Tedros Adhanom Ghebreyesus, comes after Prime Minister Shehbaz Sharif called on the nation to generously donate baby food and blankets for flood-affected people on an urgent basis.

In the statement, the WHO chief also urged donors to continue to respond generously to “save lives and prevent more suffering”.

He highlighted that the water supply was disrupted in flood-hit areas, forcing people to drink unsafe water which could cause cholera and other diseases.

Stagnant water serves as a breeding ground for mosquitoes and spreads vector-borne diseases such as malaria and dengue, he warned.

“Health centres have been flooded, their supplies damaged, and people have moved away from home which makes it harder for them to access their normal health services.”

He pointed out that health workers in the country were stretched to the limit as they did all they could do to deliver critical services amid the destruction. “Nearly 2,000 health facilities have been fully or partially damaged.”

He said the WHO had provided water purification kits and oral rehydration salts to manage diarrhoeal diseases.

WHO immediately released $10 million from the WHO Contingency Fund for Emergencies which enabled us to deliver essential medicines and other supplies to the country, he added.

He also thanked donors for their “prompt response” to the United Nations’ flash appeal. “We continue to assess the scale of the crisis and will issue a revised appeal shortly,” he said.

Meanwhile, another 28 people lost their lives to various water-borne diseases in Sindh on Sunday. Most of the deaths were reported from Kashmore, Dadu, Khairpur, Sukkur, Larkana, Naushahro Feroze, Jamshoro and Mirpur Khas districts.

Separately, the government of Australia announced an additional $3 million for relief and rehabilitation of flood-hit people, according to a statement issued by the Pakistani High Commission in Canberra.

“The Australian assistance will be delivered through the World Food Programme,” it added. Australia had earlier provided $2m in relief assistance to the country.