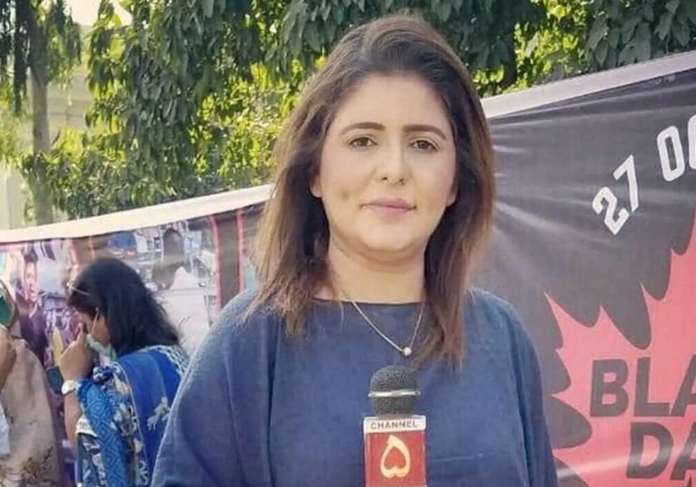 She belonged to a lower middle-class clan knowing the fact that her community is usually prone to more anomalies than the resources available to them, but still, she had dared to dream of a radiant future. The environment where she was groomed, had turned her into a self-reliant and toilsome lady. To materialize her unsung songs of her, she stepped into the journalism profession in the last two decades.

A few months back, she visited me to discuss some of her issues but by setting aside that our discussions majorly surrounded to current financial constraints of the journalist community, their issues with management and other professional challenges hitting them. I asked her a question, “most of the media bosses are billionaires, having multiple business regimes even their News Channel also be a handsome source of earnings for them, so do yours, relatively, everybody also realizes that the field reporters and cameramen play a vital role for Channel’s viewership and fame, still the administrations take them for granted, and suffocate their rights why?” having listened to me, a frantic smile textured at her face that reflected a sense of remorse over media owners’ attitudes but she avoided to lay forth her tally professional grievances and hardships which she endured during her carrier. Her silence spoke loud about the undue working pressure, lack of facilitation to fulfil her assignments, social hurdles, her family responsibilities and many more. She merely echoed her passion for the profession to give breakings and maximum output to Channel bosses.

Further to that, I also desired to seek her argument on covering multiple beats like showbiz, politics, sports and other occasional events all at the same time, is that for the reason she never wanted any of her colleagues to show up his worth or any reason else? Her response was very simple and straightforward, “The owners had profound trust in her working and she never wanted to shatter their trust.”  To this motive, she always tried to turn pillar to post for the satiation of her bosses.

Talking about the beats assigned to her, it’s a common practice that showbiz events take deep long to conclude and showbiz reporters usually prefer to stay tuned till pack-ups to cover every chunk of the event and return till midnight. Likewise, political activities remain on 24/7 and the reporters on the political beat have zero gazeted-off days. In such a scenario, just consider how troublesome would it be for a female media official to manage routine family affairs. Moreover, when it’s about the salaries of the media officials, the bosses try to hide behind the artificially crafted so-called worst financial situation.

She had multiple challenges in life, a potential cause of her worry was that undelivered five plots purchased back in 1999 by her in-laws including one for her husband. That Private Housing Society located at Ferozepur Road, Lahore lately turned out to be an illegal venture after they had paid all instalments till 2002. Amazingly, the owner of that particular Society was of her profession and running a private media Channel but couldn’t keep his promise to deliver possession or to extend any help to a lady of his own profession. He gave a deaf ear to her genuine repeated requests for compensation for her family plots.

She was Sadaf Naeem, a gallant journalist who sacrificed herself while running alongside Imran Khan’s container. She proved that life is like running and running for a better and safe future. Nobody knew this would be her last run, the run to secure better life and recognition brought her to death. A few media companions of her whispered that her Channel administration did assign her to cover the long march but didn’t bother to allocate any vehicle (DSNG) to reach the venue, somehow, she hardly managed to join the long march along with other journalists covering it and also successfully recorded PTI chairman, Imran Khan’s interview for her channel. The following day dawned with the same lacking resources for her but her passion was still high, she even skipped her daughter’s birthday celebrations in the line of performing duty.

Sadaf struggled for her family till her death, she ran for her Channel till she was crushed under the wheels. Life’s most unjustified reality is that, sometimes, one has to lay off one’s life to prove oneself. Reportedly, her channel had not paid her monthly salaries for the last few months under different pleas, but on the other hand, after her demise, Federal and provincial governments have altogether announced a Rs100 Million grant for the grieved family which is, no doubt, an admirable initiative but having said that, can’t such precious lives be saved by timely introducing some regulations in this affair and ensuring rule of law. Sadaf also encountered multiple difficulties in professional and family life, as claimed by colleague workers but she never gave up and continued to achieve every herculean task assigned to her.

We had known that politics has no heart inside but today some media bosses have left this notion far behind and proved their supremacy over ruthlessness.

Sadaf’s unpredicted death has triggered a debate in the media, soon there would be more media Conferences, Seminars and talks on the subject, numerous suggestions would be shared during lectures and discussions, and lucrative Lunches and dinners are served but finally, no practical steps in this regard could be ensured for future.

(The writer is a freelance Columnist, having deep insight into social, political and other significant issues. He writes on social and political affairs).

The writer is a freelancer, who writes on social and political issues