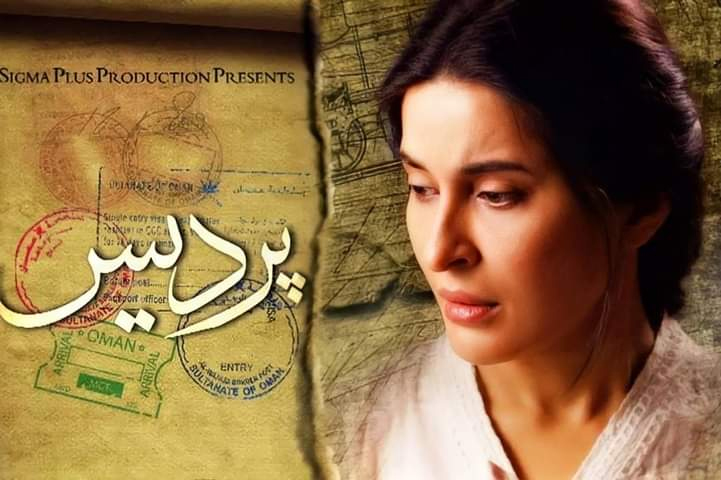 ARY Digital just recently winded up its super-hit serial titled â€œPardesâ€. As the serial approached its end, several comments poured in on social media, with people expressing not only their liking for the drama serial, but also telling how they could very well relate to its story.

Written by Sarwat Nazir and directed by Marina Khan, â€œPardesâ€ revolved around the problems of Pakistani male expatriates living abroad to eke out a living, while leaving their partners and children at the mercy of the misogynistic society Pakistan is, trying its best to make things difficult for a wife trying to survive without her husband by her side. The role of the husband was performed by Sarmad Khoosat while Shaista Lodhi enacted the role of the victimized wife, who not only fights her loneliness aggravated by an insensitive mother-in-law, but also faces a hard time bringing up her children by conscientiously saving the money sent by her husband. 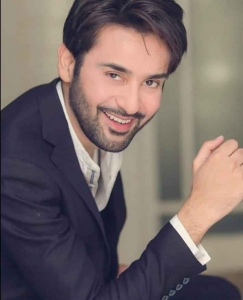 A nice thing about the narrative of â€œPardesâ€ was that the story didnâ€™t remain confined to a couple, but showed how the absence of a father figure and the vicissitudes of single-parenting leave long-lasting impacts on the childrenâ€™s personalities and they grow up into people fearing fragile relationships resulting from a lack of seeing companionship. However, â€œPardesâ€ did not dwell on the dark side of the scenario but chose to show the current generation as brave enough for standing for its secure future. In the last episode of â€œPardesâ€, thus, Zubiâ€™s (Shaista Lodhi) daughter (Dur e Fishan) does not succumb to the idea of her husband staying abroad forever. She refuses to live the solitary life her mother had lived, and asks her husband (Affan Waheed) to either come back to stay by his wife and child or to divorce her.

This aspect of our society, that of men leaving their families in Pakistan to earn from foreign countries and thus raising an entire generation of people instilled with the fear of unhealthy relationships was finely executed in this serial which chose simplicity over glamour and decided to stay as much close to real life as possible. 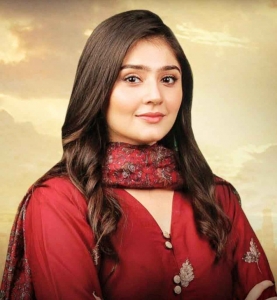 The reason why so many women have been saying that they could relate to the drama serial is because what it showed is a common practice in this part of the world. Not ready to live in a country where there either exists unemployment at a large scale or the income never meets the expenditure, a lot of men decide to shift to another country from where they send money to their wives. In Pakistan, however, what happens is that the money is often kept by the mothers-in-law and the wives arenâ€™t able to save anything. The situation therefore, remains the same as before for the women who still have to make extra efforts to make ends meet. It can also be said that the situation grows worse for them, for neither is their family complete, nor are their finances sufficient enough.

The depiction of one of these many problems of Pakistan in all of its entirety is what rendered â€œPardesâ€ a drama that reached and touched the hearts of millions of Pakistanis, both here and overseas. Another reason why it stood out was because of its incorporation of a topic that did not solely revolve around the mother and daughter-in-law conflict, but tackled many other issues along, catering to men, women and children alike.