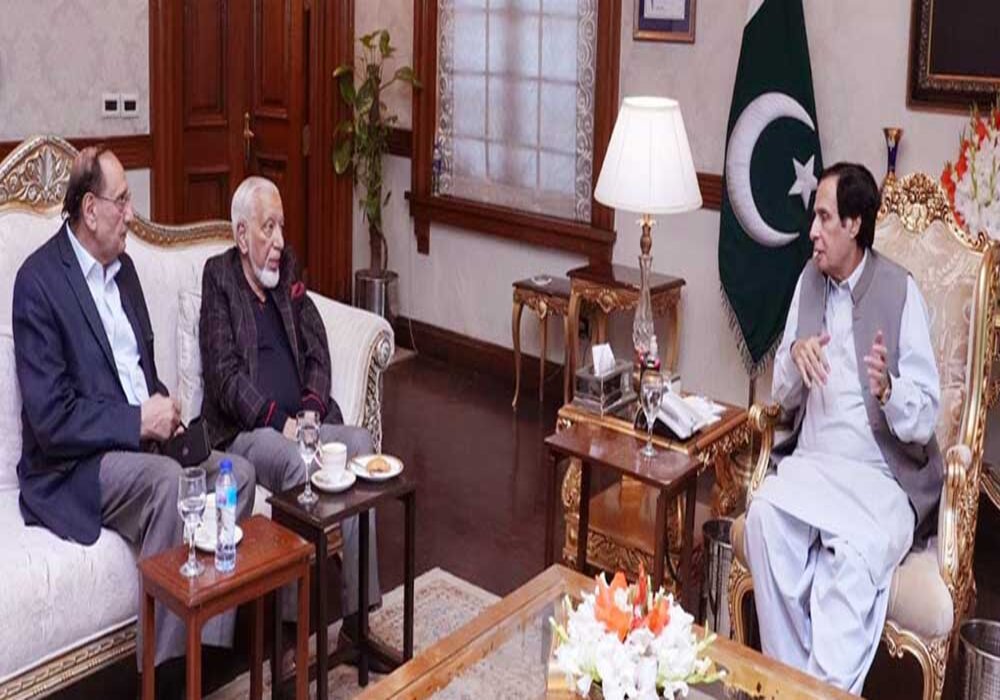 Chief Minister Punjab Chaudhry Pervez Elahi said on Sunday he won’t “wait for a minute” to dissolve the provincial assembly if PTI Chairman Imran Khan asks him to.

“Imran Khan entrusted the Punjab government to [me]. We stand with those whom we support,” the chief minister – whose party, PML-Q, is an ally of the PTI – said in a video statement. The chief minister of Pakistan’s biggest province warned the Shehbaz Sharif-led coalition government in the Centre that in case PTI exits the country’s assemblies, their “government, which expands over a mere 27kms, won’t last for the next 27 hours”.

The PML-Q’s senior leader added that Khan’s plan entered its “decisive round” during the Rawalpindi jalsa on Saturday and that once the PTI and its allies start resigning from the assemblies, the Pakistan Democratic Movement’s (PDM) government would start falling on its own. Elahi’s statement came after Khan – who has ended the long march – told a charged rally in Rawalpindi that his party had decided that they would not remain a part of the “corrupt political system”, and quit all the assemblies.

“Instead of destruction and ransacking, we have decided to quit the assemblies and come out of the corrupt system, wherein the powerful and billionaires get their cases are written off and the poor rot in jail,” he said. Moving on, Elahi came down hard on the PML-N “show-offs” and warned them that once country-wide elections are held, they would face unprecedented defeat that would be remembered for generations to come. The Punjab chief minister claimed that Pakistan would be ruled in line with Islam and that with every passing day, his government would ensure that it undertakes projects to benefit the common people.

Separately, Chief Minister Elahi took notice of an injury to a citizen due to a kite string in the area of Gulberg and sought a report from the Lahore police in this regard. The chief minister ordered legal action against those found responsible. He ordered the best treatment to the injured citizen. The CM asserted that implementation of the ban on kite-flying should be ensured strictly. In an indiscriminate manner, action should be taken against those flouting the ban on kite-flying law.

Alsok, Elahi has taken notice of the abduction and murder of a child in the area of Chung police station and sought a report from the Inspector General of Police (IGP) in this regard. The chief minister said that the killer of the innocent child should be arrested at the earliest. He asserted that the perpetrator deserve strict punishment according to the law, and ordered justice to the victims’ heirs. The CM expressed his deep sense of sorrow with the heirs and assured them of provision of justice.

The chief minister met senior film producer Sheikh Amjad Rasheed and Rana Khalid Manzoor at his office on Sunday in which matters relating to reviving the film industry along with resolving its problems came under discussion. The chief minister underscored that steps would be taken on priority for the revival of the local films, especially Punjabi films. He said that an endowment fund worth rupees one billion would be established for welfare of artists adding that financial assistance for the deserving artists has been enhanced from Rs 5,000 to Rs 25,000.

The chief minister promised that the Punjab government would review the establishment of film production studio and all possible steps would be taken to provide quality recreational facilities to the people. He highlighted that employment opportunities would be generated with the enhancement of film production, adding that Punjab was a fertile land with regard to art and culture.