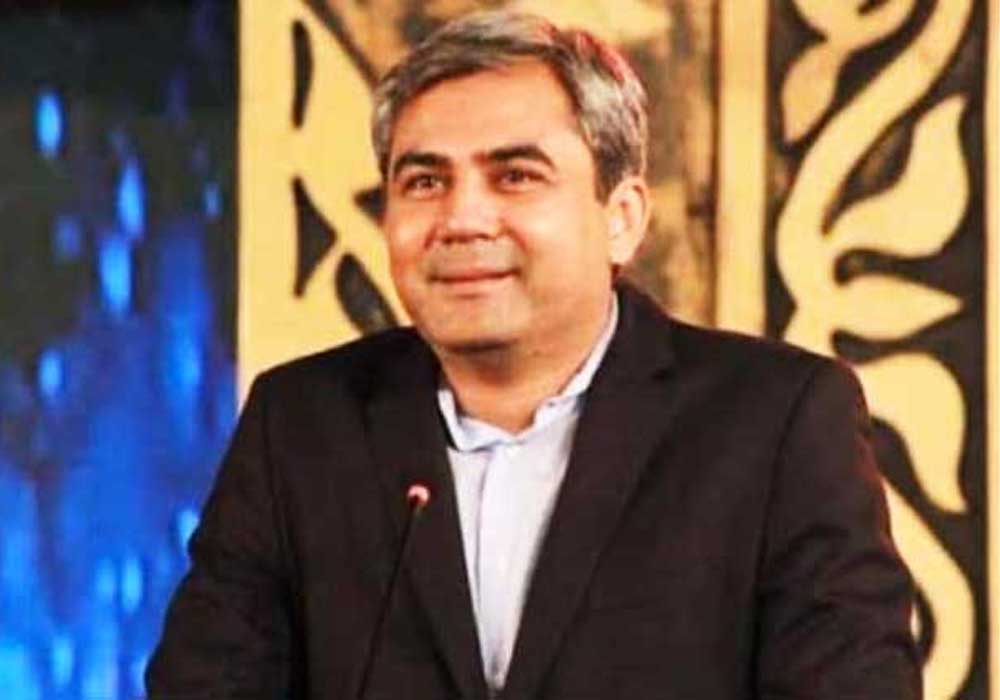 Will Syed Mohsin Naqvi prove to be another Moin Qureshi for PTI? His appointment as caretaker chief minister of Punjab is a disturbing development for both the PTI and the Muslim League-Q. Both coalition parties were not expecting this development. The central leadership of PTI and PML-Q rejected the decision made by the Election Commission of Pakistan. Various news reports about Caretaker Chief Minister Punjab Syed Mohsin Naqvi are circling on social media – a video clip has gone viral on social media in which he can be seen coming out of the Kaaba along with the Chief of Army Staff Syed Asim Munir. The said video clip is dated January 4, 2023. In another video clip circulating on social media, Ex-CM Punjab introduces Mohsin Naqvi, and Asif Ali Zardari responds, “Yes, he (Syed Mohsin Naqvi) is my boy, but he is also your relative.”

On social media, the hot and trending debate over ECP’s nomination of Syed Mohsin Naqvi as Caretaker CM Punjab is: “Who is behind the nomination of Syed Mohsin Navi (SMN)?” PTI Chairman Imran Khan rejected the nomination, branding the SMN an enemy of the PTI in Punjab, and PTI Secretary General Asad Umar referred to SMN as “Asif Ali Zardari’s Front Man.” Even Ch Parvez Illahi rejected the nomination and his son Ch. Moonis Illahi claimed that SMN as caretaker CM had the task to extend the caretaker setup for one year and damage the PTI and families of Chaudhry Parvez Illahi and Ch Wajahat Hussain.

Ch. Mohsin Allahi had tweeted on January 15, 2023, uploading a picture of SMN outside the residence of Mian Muhammad Nawaz Sharif in London behind Prime Minister Pakistan Mian Muhammad Shahbaz Sharif: “This is the man, who used to say that, he was the child of Zardari, partner of Shahbaz Sharif and relative of Chaudhrys and would take the decisions concerning Pakistan”. “How can one expect justice from someone who did Rs 3.5 million plea bargain in the Haris Steel Case?” Ch. Parvez Illahi objected to ECP.

PTI and PML-Q both avoided directly raising fingers over Military Establishment but sympathisers of PTI on SM are pointing to General Asim Munir Hussain, COAS. ” General Asim Munir Hussain’s visit to Saudi Arabia along with Naqvi on the first week of January, then nomination of SMN as Caretaker CM Punjab had raised suspicions over the claim of neutrality by the Establishment made by the current leadership of Military Establishment, in fact, PDM leadership and leadership of Military Establishment are on one page in encountering the demand of early General Elections by PTI, and demand is very popular among the masses, which nightmare dream for PML-N and PPP both because both know well what will be the results of announcing the General Elections early, so both have planned to escape from the Elections”, alleged one of the most senior leadership of PTI, while talking to Daily Minute Mirror requested not to show his/her name.

Chauhdry Moonis Ilahi, the senior leader of PML-Q has said that he was behind every step taken by his father. Ch. Moonis Illahi insists that I can bet that PDM will flee from holding the elections of two Assemblies in 90 days because on extending the tenure of Caretaker set up for one year there has been the consensus among PDM, ECP and the Establishment. On the side of PPP, Asif Ali Zardari didn’t reject the allegation that SMN is his frontman of him but he said,” Syed Mohsin Naqvi will prove his critiques through his performance”. “Perhaps Asif Ali Zardari wants to reinforce the impression that Mohsin Naqvi is his man and that the PPP and the military establishment are on the same page so that more and more PTI defector politicians in Punjab join the PPP,” said Mia Ghaffar, Chief Editor of daily Qaum Multan.

Mohsin Naqvi’s emergence as an effective guy in power corridors shows him a shrewd personality who makes smart moves. When he started his TV channel “24 News” then pundits used to say that  SMN was considered a moderate Seth, who was neither fully aligned with the popular anti-establishment narrative nor fully aligned with the establishment. When the Establishment’s previous leadership chose Imran Khan as its Ladla (the chosen), the media discourse of SMN-owned TV channels shifted its position and dominated discourse to cover the PTI-led government and present the PTI narrative positively.

It was last weeks of 2019, when the discourse of SMN’s media group took 180- Degree U-Turn and began to give vast coverage of PML-N’s hawkish narrative of “Respect the Vote” and aired on speeches of PML-n’s supremo Mian Muhammed Nawaz Sharif against the selectors. That was the time PEMRA took strict action against the 24News channel and suspended its licence. As soon as PDM came in power then 24News’ license was restored. Now SMN seems very close not only to PM Shahbaz Sharif but he is being patronised by Asif Ali Zardari.

The time will reveal whether SMN is another Moeen Qureshi against Imran Khan or not. Apparently, PTI is in an aggressive mood to force the currently assumed alliance between PDM and Military Establishment, but will it succeed to gaining its target or not, However, we cannot make any definitive predictions.