Will sacrifice life, political capital to save country: PM 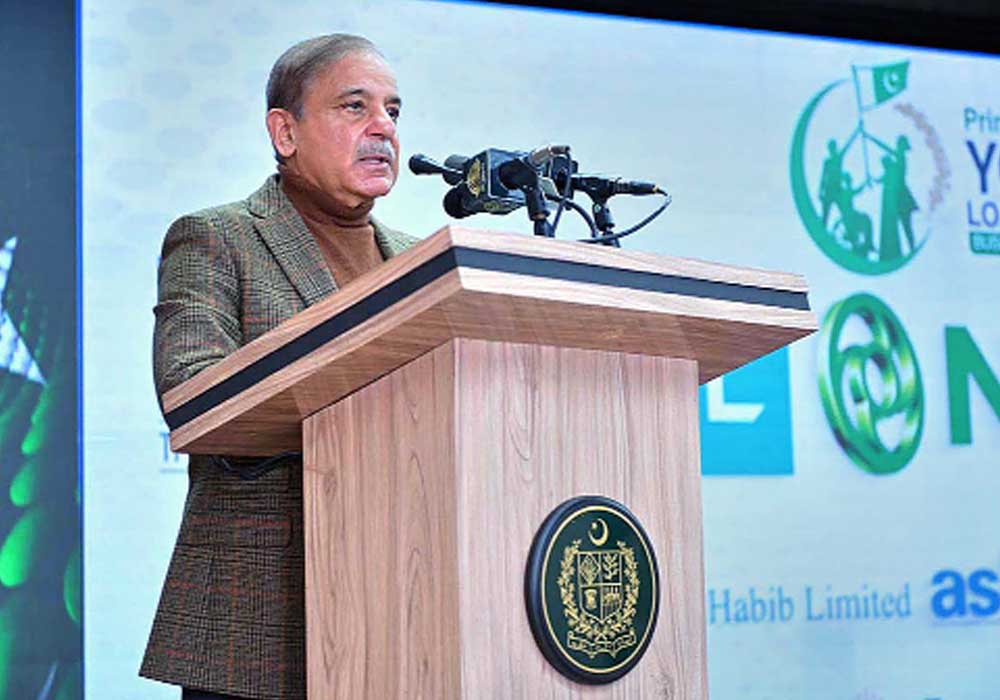 Prime Minister Shehbaz Sharif on Tuesday launched PM’s Youth Business and Agri-loans scheme, which would provide opportunities to the young generation to earn their livelihood through different business and agriculture initiatives.

Addressing the launching ceremony, the prime minister said that Pakistan was passing through difficult times and resolved that he would sacrifice his political career and life for the sake of the country. “I have served thrice as a chief minister of Punjab and now serving as an incumbent prime minister of the country, what legacy we will leave behind if these issues are not being addressed? It is clear that Pakistan is facing huge challenges, and if we have taken responsibility, we will make our all-out efforts to steer the country out of the difficulties,” he said.

The prime minister said it was their collective responsibility as Pakistanis, politicians and Muslim to respond to the difficult situation, and he would not even hesitate from sacrificing his life for the country. He said that in this path, problems would spring up, but they would have to bear the pains. The people at the helms of affairs, politicians and the rich, have to set an example, as it is unfair to burden the poor with price hike and let the rich and elite to enjoy on the country’s loans, he added.

PM Youth Business and Agriculture Loans Scheme is aimed at promoting entrepreneurship among youth by providing business loans on simple terms and with less markup through 15 Commercial, Islamic and SME banks. All Pakistani residents, aged between 21 and 45 years with entrepreneurial potential are eligible to apply for the loan. Loans provided under the scheme are segregated into three tiers.

The prime minister, expressing his optimism, said that youth had the potential and talent and together, they would steer Pakistan out of the current issues.

The prime minister said the prime responsibility of addressing the country’s issues rested with the government. “We took reigns of the government under the most difficult times, but despite all these ordeals, our resolve grew stronger to make Pakistan robust,” he added. The prime minister also reiterated that the government has informed International Monetary Fund (IMF) that it is keen to complete the 9th Review Programme and wanted to conclude the terms through negotiations without any delay, so that Pakistan could move ahead.

He expressed optimism that country’s other multilateral and bilateral programmes would also move forward. The prime minister mentioned that Pakistan was spending $27 billion on the import of costly oil for energy generation and it could be reduced by half by taking practical steps.

“To save Pakistan, we would have to sacrifice politics. The PML-N and other allied parties are committed to overcoming the current challenges,” he added.