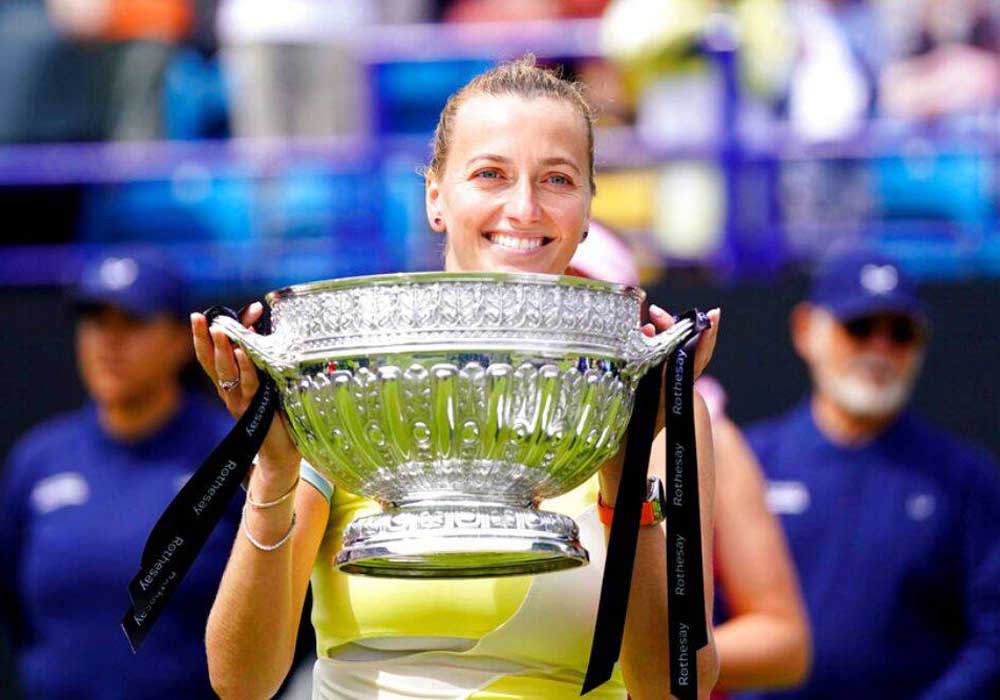 Two-time Wimbledon champion Petra Kvitova tuned up for the Grand Slam tournament by overpowering Jelena Ostapenko 6-3, 6-2 to win the Eastbourne title on Saturday.

Kvitova earned her first grass-court title in four years – and 29th trophy of her singles career – after breaking Ostapenko, the defending champion, early in both sets of the final and feasting on the Latvian’s second serve.

Kvitova saved five break points in the fourth game of the second set to stay in control of the match at 3-1. “Playing on the grass is very special for me every time,” the Czech player said on court. “It’s the best preparation for Wimbledon, as well.”

Kvitova, the Wimbledon champion in 2011 and 2014, begins another campaign on Tuesday against Jasmine Paolini of Italy. She is 5-1 in grass-court finals. Her most recent was in 2018 in Birmingham. The eighth-seeded Ostapenko, a Wimbledon semifinalist four years ago, won the 2017 French Open. After the final, Ostapenko withdrew from the women’s doubles final alongside Ukrainian partner Lyudmyla Kichenok because of a toe problem on her right foot. The walkover handed the title to Aleksandra Krunic of Serbia and Magda Linette of Poland.

Ostapenko is the 12th seed at Wimbledon and has a first-round match scheduled on Monday against Oceane Dodin of France.

Fritz will face Maxime Cressy in the men’s final.