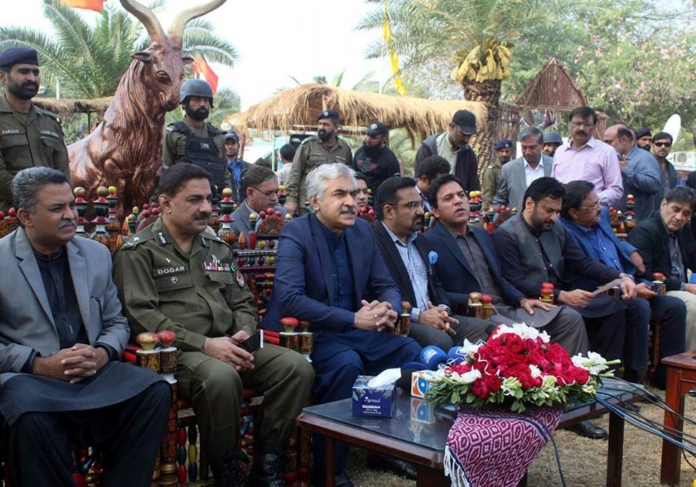 Senior Minister Mian Aslam Iqbal has said that Punjab’s biggest winter family festival is being held in Jilani Park after 15 years and it will be opened today (Thursday).

The festival will continue for a month while children, women and citizens will enjoy the event which contains the best food courts and restaurants for the traditional cuisine of Lahore. Aslam Iqbal said this while addressing a press conference regarding the winter family festival at Jilani Park on Wednesday. Commissioner Muhammad Amir Jan, CCPO Ghulam Mahmood Dogar and DG PHA Zeeshan Javed were also present.

The minister said that 20 to 25 thousand people would participate in the festival daily and this number may increase to one lakh on weekends. He said security and other arrangements have been completed and it would be the best event in the history of the province. The purpose of organizing the mega event is to attract people to the parks and grounds, he added. Aslam Iqbal said that steps were being taken to beautify the entrance and exit points of Lahore. The work on improving Shahdara, Babusabu interchange and Gajumata entrances were in full swing.

The underpass is designed to improve flow of traffic on the Gulshan Ravi Bund Road. The lighting system was being improved in city parks under a phased programme, he mentioned. In response to a question, the senior minister said that instructions had been issued to regularize gardeners and the PHA had been ordered to take steps with the concerned union to regularize gardeners. An inquiry was in process regarding irregularities in revenue matters of the PHA and steps were being taken to increase its revenue, he concluded.