With more rains ahead, Manchar Lake breached to avert overflow 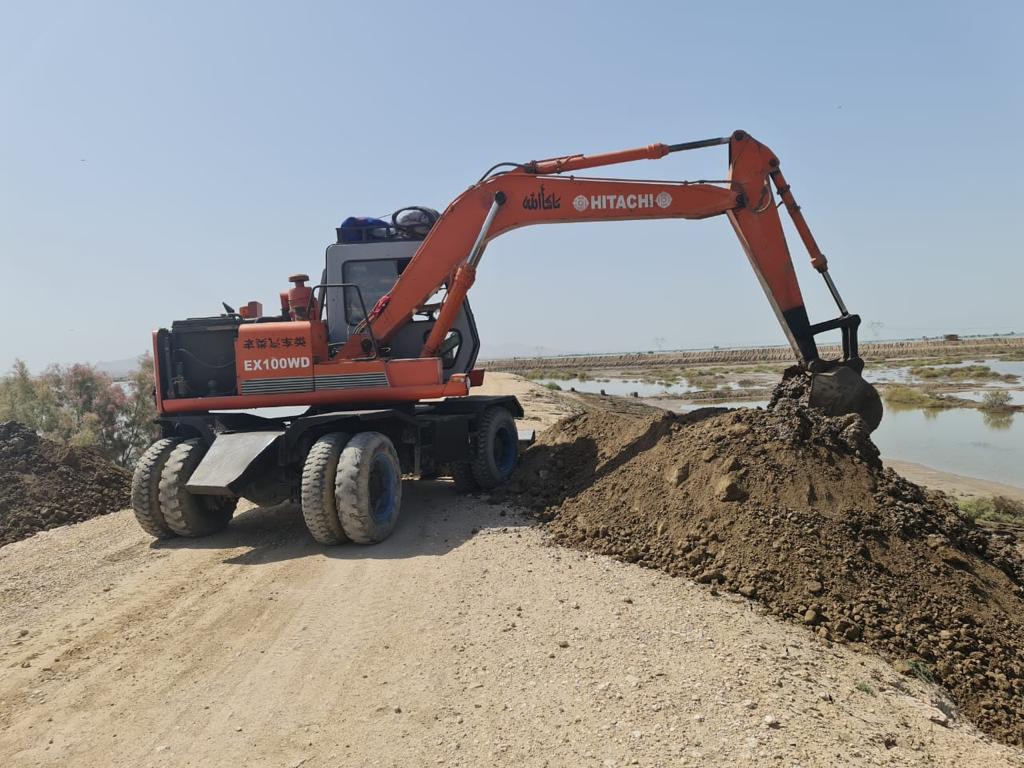 Record monsoon rains and melting glaciers have brought floods that have affected 33 million people and killed at least 1,290, including 453 children. The inundation, blamed on climate change, is still spreading.

He said about 100,000 people would be affected by the breach but it would help save more populated clusters and also reduce water levels in other, harder-hit areas. “By inflicting the breach we have tried to save Sehwan town. Water levels on Johi and Mehar towns in Dadu district would be reduced by this breach in the lake,” Shoro told the media.

It was not clear how many of the 100,000 asked to leave their homes would actually do so. Some displaced by the floods have complained that shelters are crowded, while others are reluctant to leave their possessions.

Aside from historic rainfall, southern Pakistan has had to contend with increased flooding as a surge of water flowed down the Indus River. The country has already received nearly three times the 30-year average rainfall in the quarter through August, totalling 390.7 millimetres (15.38 inches). Sindh, with a population of 50 million, was hardest hit, getting 464% more rain than the 30-year average. Being downstream on the Indus River, the southern parts of the country have witnessed swelling river waters flowing from the north. The country’s limited dams and reservoirs are already overflowing and cannot be used to stop downstream flows.

Tarbela Dam has been at capacity – 1,550 feet and 5.8 million acre feet – for weeks, according to National Disaster Management Authority (NDMA) data. Downstream in Sindh, barrages are under pressure with the Indus River in high flood level, the NDMA said in its latest situation report.

Authorities also prepared for more rain in the north over the next few days up until Tuesday.

“Pakistan Meteorological Department (PMD) has forecasted that weak monsoon currents from Arabian Sea are penetrating upper and central parts of the country which subsequently cause rain-wind / thundershowers,” the NDMA said in an advisory. It cautioned local administrations to be on an enhanced state of alertness, and to restrict vehicular movement in areas prone to flash floods and landslides as well as those close to water channels.

The water level in Sindh’s Manchhar Lake has risen to a dangerous level with administration asking residents of five union councils near the lake to leave.

Residents of at least five union councils near Sindh’s Manchhar Lake have been urged to leave immediately to safer locations set up by the Jamshoro administration.

After the flood totally blocked off Bajera and Jhangara villages in Dadu from the rest of the district, the rising waters in Manchhar presented a major danger to dozens of other communities.

The Danister Canal’s damaged main regulator and embankments were coming under increasing strain from flood water streaming into the lake.

Jamshoro Deputy Commissioner Fariduddin Mustafa, while talking to local media, said that 80% of the population from two of the five union councils had already evacuated and that the remaining residents had been warned to leave due to the lake dyke’s critical state.

He noted that although private spaces may possibly be purchased to accommodate additional individuals, they were already receiving refuge in government structures.

The Met Office has predicted that upper portions of the country may witness thundershowers over the next three to four days.