‘Withdrawal of subsidies on fuel, power was an IMF prerequisite’ 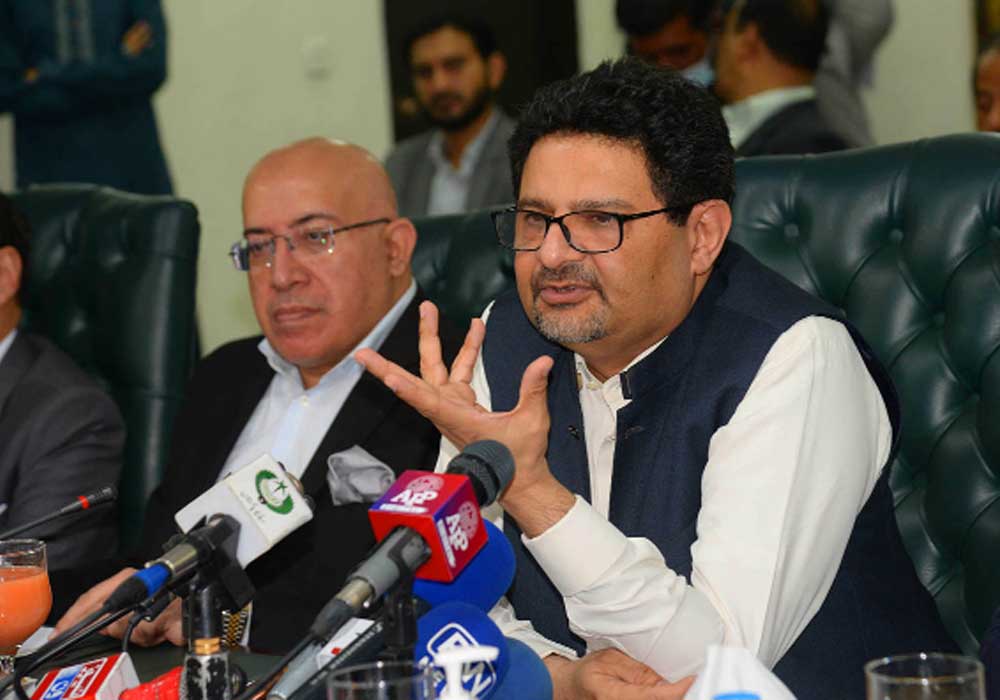 Federal Minister for Finance and Revenue Miftah Ismail on Saturday said that the subsidies from petroleum and electricity were withdrawn in line with the conditions of the International Monetary Fund (IMF).

“It was the condition of the IMF and was needed in order to bring Pakistan’s economy on the right track,” he said during the meeting with the business community at the Lahore Chamber of Commerce & Industry (LCCI).

The finance minister said that when the government came into power in April, there was a serious threat of default as the foreign exchange reserves were at $10.5 billion while $36 billion was required for debt repayments and other expenses, so tough decisions, based on ground realities, were needed to avert the default. He said that no international financial institution was lending money to countries that didn’t have three months’ foreign exchange reserves.

“The risk of Pakistan’s default had evaporated due to tough decisions such as an increase in energy prices and curtailment of imports, which slashed the demand for foreign exchange,” affirmed the Miftah.

He said that unfortunately industrial growth could not grow at a pace, which was required. He said that the production of electricity doubled from 13,000MGW to 25,000MGW in 2013-2018, but industrial production did not grow enough to consume this energy and increase the exports of the country.

“At present, Pakistan’s exports are $31 billion while imports are $80 billion. No country can afford such a large trade deficit so we have to control unnecessary imports.”

While mentioning the present 9.5 per cent tax-to-GDP ratio, he said if “we boost the rate of tax-to-GDP and Exports-to-GDP to 15 per cent”, the government would not need to ask for aid from the world.

He said that per unit generation cost from Jamshoro power plant was Rs59, which reached Rs78 after transmitting to consumers. He said that the government had passed on just the cost of fuel and LNG to the consumers.

Miftah continued that the estimate of flood destruction was $18.5 billion, and added that 6,500km of roads, 246 bridges and 1.7 million houses had been destroyed, while 1 million animals died, besides the human loss. “The entire cotton of Sindh has been destroyed, which will have to be imported and two thirds of rice crop has also been destroyed,” he informed.

However, he said that other than the IMF tranche that has been recently received, there will be some additional financial inflows in the pipeline from the other donor agencies and friendly countries in coming months. “This would further strengthen our forex reserves,” he said.

LCCI President Mian Nauman Kabir said that due to economic uncertainty prevailing in the country, the representatives of the private sector are facing a lot of issues. The LCCI president said that the currency devaluation is the mother of all the evils and results in multiple economic problems and a hike in cost of production for our industry, manufacturing and agriculture sectors as we are heavily reliant on imports of raw materials, components, machinery, oil, food items and fertilizers etc.

About seeking prior approval from the State Bank of Pakistan for the import of machinery under chapter 84 and 85, Kabir said that holding of shipping documents by commercial banks was adversely impacting the operations of businesses and also resulting in undue demurrage charges due to the delays in getting the required approval. “For the last couple of months, we are being approached by our numerous members on a daily basis in this connection.”

He also highlighted the issue of demurrage charges which are badly hurting the business community. This matter is still pending and is required to be expedited on priority. He said that any decision of demurrage waiver must be implemented across the board including the private shipping companies.

Miftah directed the FBR chairman and the State Bank of Pakistan governor to look into the suggestions presented by the business community and create a conducive environment for businesses.