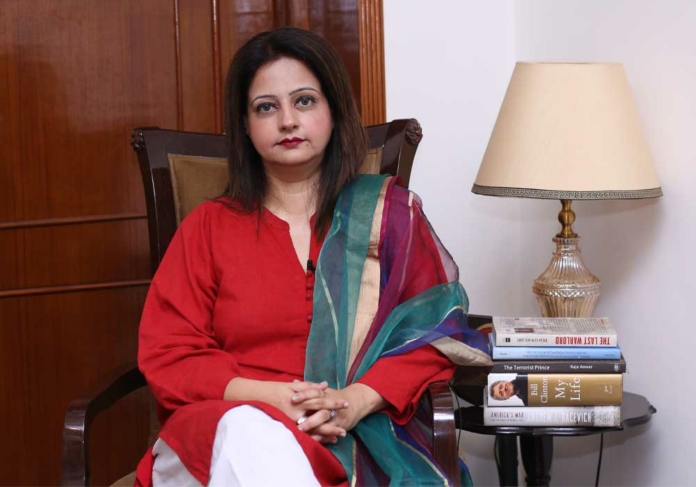 Maliha Sami Hussain Director of Communications & PR for Nur International University in an exclusive interview with Minute Mirror has said that the core aim of their group is serving the nation in Health and education sector and producing good trainers for the market.

Regarding the recent upgrade, she stated “I agree innovations are important and Fatima memorial is working on them, a lot of new departments have started working, and along with a lot of developments in the Medical facility, a daycare centre also has been established to facilitate the employees.”

She also emphasized the fact that when an organization assists its employees, they remain loyal to the institute.

The director of communications also stated that Lahore’s top gynaecologists are working in the Fatima memorial.

In answer to a question regarding the working of the Nur foundation by the Fatima Memorial System (FMS) group, she stated that Nur foundation is providing free education to a lot of children in and outside Lahore.

Regarding working with Nur FMS group in floods situation she stated “the aim of Nur foundation is serving the needy and poor ones while being their partners.”

She went on to say that the Nur foundation is helping in the rehabilitation of flood victims through different events which is also the vision of Chairperson Mrs. Shahima Rehman.

While talking about women empowerment in FMS group she said, “FMS most students are female which means they acknowledge female ideas.” We train female students through workshops to work on their Clinical, communication and personality to fill the communication gap to make them more confident.

She further added that women need to be bold to grow in their careers and work equally hard as men do.

She also said that Nur International University group conducted 65 NIU Facebook live sessions which were moderated by vice chancellor Salim Rehman to make students interact with masters of different sectors of Pakistan and the known people of the industry.

While talking about her expertise in journalism she said that she is currently working on a book whereas, she wrote a lot of articles on the core issue. “I prefer working on observation,” she said.

While talking about working as a program communication manager she held a lot of programs on core topics like women’s issues.

In answer to a question, she stated that people need to identify their sparkle started my journey from the national newspaper and worked with a lot of different international and national organizations and the one thing she has noticed is handwork is the key to success quoting Quaid e Azam that “impossible is the word which doesn’t exist in my dictionary.”

She also urged the youth to read books as it is an experience in itself.

In a message for students and the public, she stated “whatever you want to do, do it with honesty as Allah knows what’s in your heart. The biggest problem of our youth is ‘lack of focus that is why they are unable to focus on one field, try to find your talent and work on it by staying humble.”