Women recruitment in police to be increased by 25%: IGP 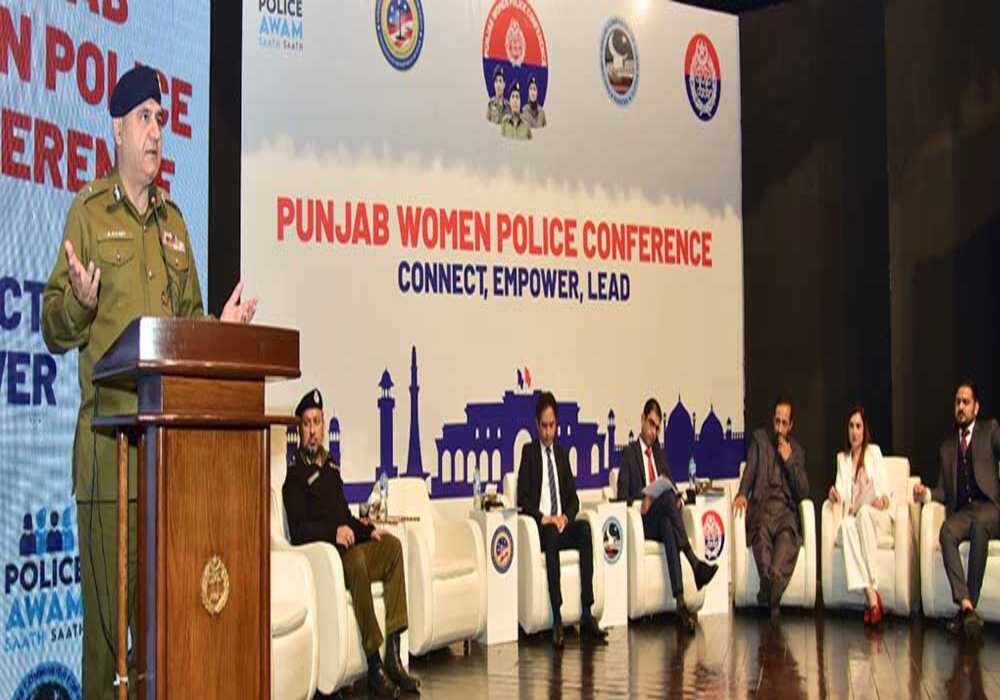 Inspector General of Police Punjab Aamir Zulfiqar Khan said that women officers and officials are a very important part of Punjab Police and they are being appointed in various districts from the positions of SHOs, in-charge investigation to District Police Chief.

IG Punjab said that the recruitment quota of women in the police force will be increased by 25% and the posting quota of women SHOs will also be enhanced according to the district. Aamir Zulfiqar Khan said that the ratio of women in the population of Punjab province is high, while the representation in the police force is low, this deficiency will be fulfilled soon. IGP further said that problems of women police employees are well understood and all possible steps will be taken to solve them. Chief Secretary Punjab Abdullah Khan Sumbal has said it is commendable to organize Provincial Women Police Conference in collaboration with Punjab Police and USIP for highlighting problems of women police officers and officials. He said that such programs not only draw attention to the important problems faced by the force but also help in formulating a plan of action to solve them. 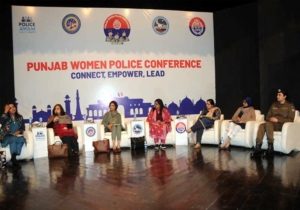 Chief Secretary Punjab said that the Punjab government is ready for all possible cooperation to solve the problems of women police officers. IG Punjab directed all the RPOs, DPOs to identify the problems of women police officers and personnel. IG Punjab further said that he would interact with the lady officers and discuss their problems during his visits to units and districts. IG Punjab said that the appointment of women officers on supervisory positions in the field has achieved good results, so women who are part of the police force should also prefer to work in the field instead of offices. Aamir Zulfiqar Khan said that the women police are part of the trained force and I want to see them on the front foot in every field.

IG Punjab said that departmental issues including transfer posting and leave of women police personnel will be resolved on priority basis and they will be given equal opportunities for professional career growth along with male officers. These views were expressed by the both officers today while speaking at the first Provincial Women Police Conference organized in Al Hamra Hall No2 jointly organized by Punjab Police, PCHR and USIP.

According to the details, the first Provincial Women Police Conference was organized in collaboration with Punjab Police and USIP, in which women police officers and eminent women personalities from different walks of life participated. Different speakers of conference expressed their views about the problems of women police officers and personnel. In the conference, SSP Nida Umar Chatha gave a presentation on the establishment, objectives and role of the Women Police Council, after which a thought-provoking session was held to identify the problems and difficulties faced by women officers and personnel. ED PCHR Shafique Chaudhry stressed upon the need of taking affirmative action at policy and operational level to ensure effective and fair representation of women in decision making at levels in government sector and more specifically in police.

Country Director USIP while explaining the objectives of Police AwamSaathSaath (PASS) highlighted the importance of women policing in bridging the gap between police and community and said that PASS is focusing to build the capacity of women police officers to make them front liner law enforcers and active part of Justice Sector Stakeholders. DSP Usman Haider, Inspector Rabia Nosheen, Sub-Inspectors Ishrat Rashid and Mehreen Fatima expressed their views while the session was moderated by SSP Riffat Bukhari. The speakers gave a detailed discussion regarding the professional life of lady officers and personnel who are part of the police force.  In the second phase of the conference, a session was held on the topic of Gender Inclusive Policing, which was chaired by the former chairperson of the Punjab Commission on the Status of Women, Fauzia Viqar. Sumaira Samad, Tanveer Jahan, Nida Usman, Zoe Richards, Atif Mirza and Amara Shirazi expressed their views. Amina Kiyani from USIP moderated the session. 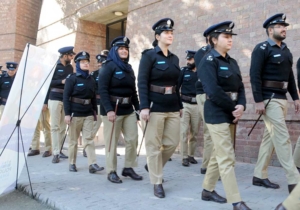 The speakers were of the opinion that the purpose of the one-day conference is to find a concrete solution to the problems and difficulties faced by women in the police force and the future action plan will also be prepared by discussing the proposals and problems presented in the sessions of the conference. Additional IG Training Zulfiqar Hameed, USIP Country Director Imran Khan, Punjab Council for Human Rights Executive Director Shafiq Chaudhry and other speakers also addressed the conference. At the end of the conference shields and souvenirs were also distributed to speakers and special guests by Punjab Police and USIP.

While concluding the conference as chief guest, Chief Secretary Abdullah Khan Sumbal appreciated Punjab police for organizing the event and assured the support of Punjab government in gender mainstreaming of women in police at all levels. He said that more resources will be allocated to support gender-sensitive initiatives of Punjab Police.