According to the Inter-Parliamentary Union ranking, Pakistan ranks 100th in the list of 190 countries in terms of representation of women 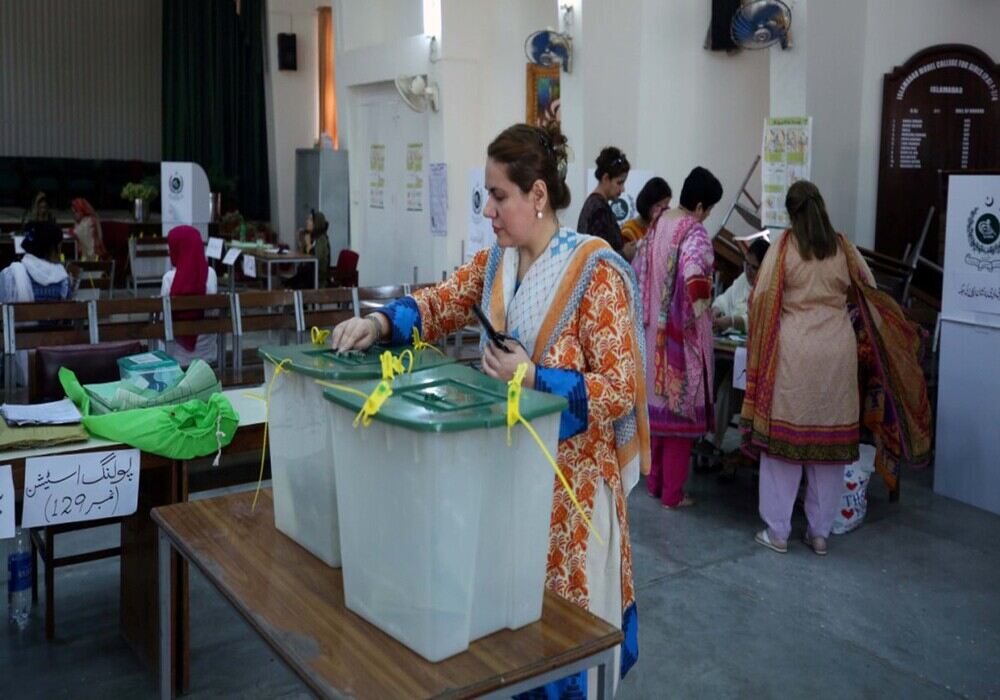 In the Constitution of Pakistan, Article 34 states that steps shall be taken to ensure the full participation of women in all spheres of national life. Does this article prevail all across the country in letter and spirit? Unfortunately, the answer is negative.

Women comprise more than 50 per cent of Pakistan’s total population. Despite this, on average, the situation of Pakistani women vis-à-vis men is one of systemic gender subordination, although there have been attempts by the government and enlightened groups to elevate their status in society.

Our religion values women, but the truth we face today is that in Pakistan, a woman is regarded as a second-grade citizen. On one hand, we are striving to acquire a great pace in development, and on the other hand, pathetic conditions for women, whether at home or in the workplace, nullify this effort. Not only this, cruel acts like acid throwing, dowry, rape, domestic violence, harassment and lots more prevail in our society.

One major issue that is included in this inventory is the lack of participation of women in national politics. According to the Inter-Parliamentary Union ranking, Pakistan ranks 100th in the list of 190 countries in terms of the representation of women. Pakistan is ranked 93 among 153 countries in women’s political empowerment where 20.2% of women are legislators, whereas 12% of women are appointed to ministerial positions, according to the Global Gender Gap Report 2020.

Lately, there is good news that National Database and Registration Authority (NADRA) has added as many as 10 million women to the electoral rolls since the 2018 general elections to take the total number of female registered voters to 56.95 million. Undoubtedly, it is a good development.

In this regard, the establishment of 19 female-only registration centres and 10 mobile registration vans proved an effective measure by NADRA to increase the registration of unregistered women in Pakistan.

In our male-dominant society, women’s participation is discouraged in national politics despite the fact that women played a major role in the independence movement.

Over the years, progress has been made to improve the electoral system, yet the involvement of women stays a teething issue. Mainly male family members do not allow their daughters and wives to get Computerised National Identity Cards (CNIC) paving way for the conduct of male-dominated elections. The gender ratio gap with reference to women participation in elections is higher in Khyber Pakhtunkhwa, Sindh and Balochistan compared to Punjab. There is a need to attach the condition of women’s participation in polls for the validation of any election results in the country.

It was reported in the media that women were prevented from voting in certain constituencies in previous general elections because some of the religious parties had joined hands to ensure that women would not turn out to vote.

One of the important reasons for such suppression is the lack of education and importance of the women on ballots. The government should focus on these aspects to increase the participation of enfranchised voters and must take a strict stance on the opposing parties exploiting religion to further their interests.

Because until the people don’t realise the importance of their vote, such exploitation from certain groups will continue. Moreover, with an almost worse possible score on the gender parity index, such steps are critical for the country’s democracy to flourish.

Political parties need to play their role in the elimination of the conservative attitude in society. Politicians need to raise their voices over this injustice against women. The female vote can be a game changer for poll outcomes and disallowing them from casting votes is a violation of the constitution.

It is very unfortunate that when different states are strengthening their democratic set-ups and structures, we are going backwards to the age where male chauvinism is still dominant. There should be a free environment for women voters. No person can be denied his/her right to vote, especially the womenfolk that comprise half the population of Pakistan.

We need to do away with outdated, backward ideas. Women are part of society and they deserve equal rights and representation in every sector. Moreover, the ECP should press contesting candidates to encourage women voters to come out of their homes and use their constitutional right.

The ECP needs to remove complex formalities and create awareness about these elections. The political awakening among women living in the most backward areas of the country can herald an era of progress and equality of human rights in a deeply patriarchal region.