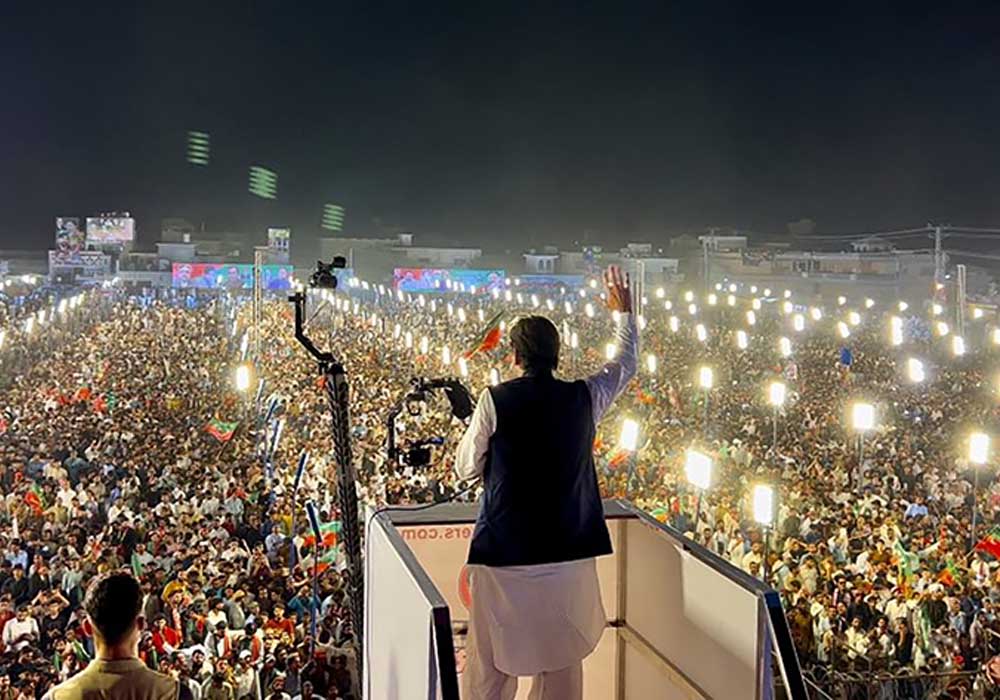 Imran Khan said the nation will not forget those “traitors” who imposed this “imported government” upon them, accusing the incumbent rulers of destroying the country’s economy. “I will not accept these thieves and will continue to compete with them and their backers till I am alive,” he said while addressing a rally in Punjab’s Chakwal district on Monday. Imran said all sectors of the economy were flourishing during his tenure when the then opposition along with the “conspirators” toppled his government which he said triggered economic crisis in the country. “They run a propaganda campaign against my government with the help of their paid media houses that the country’s economy was sinking during my tenure,” he said. The former PM said the price of electricity has been increased three-fold since the PML-N-led government came to power earlier this year.

Likewise, the prices of other commodities including flour and rice have also witnessed exorbitant increases during the last five months, he added. “People have been crushed under the inflation… country’s economy grew at the highest rate in 17 years during my tenure,” he insisted. “They [government] have committed an economic murder of the farmers… exports are falling, industry is shutting down and unemployment is rising,” he claimed.

While addressing the ‘traitors’, Imran said, “The nation and Allah will not forgive you for subjecting the country to oppression by imposing thieves upon the masses”. The PTI chief said his government left the current account deficit of $16 billion dollars but also increased the country’s income to $63 billion. While comparing himself with the PPP and PML-N leaders, the PTI chief said that unlike former premier Nawaz Sharif he was not “nurtured” in establishment’s nursery and came to power after 22 years of political struggle.

“No country can prosper without meritocracy. You have no future when 60% of your cabinet members are out on bail and our leaders are Nawaz Sharif and Asif Zardari,” he added. He also repeated his controversial remarks which drew rebuke from military and the coalition government. “Army chief should be appointed on merit and I believe only those nations prosper which follow merit.” He said Zardari and Nawaz can never be allowed to appoint the next army chief as they don’t see anyone “beyond their family members”.

“If there was merit in their party, Zardari and Bilawal would not be the leaders of their party[PPP]… likewise Hamza would not have become chief minister if [PML-N] had followed merit. “DG ISPR, you should have got me right about [army chief appointment comments],” said Imran while referring to his controversial remarks that angered the military. Imran said he was not doing politics rather he was fighting for “real freedom” and doing “jihad”. “Break the idol of fear… do not fear those who give threats through secret numbers. If they threaten you then you should threaten them back. “If any Mr X and Mr Y are intimidating you then you should respond to their threats. Do whatever you can… we will respond to you as well,” he added.