World needs peace in 2023 more than ever, says Antonio Guterres 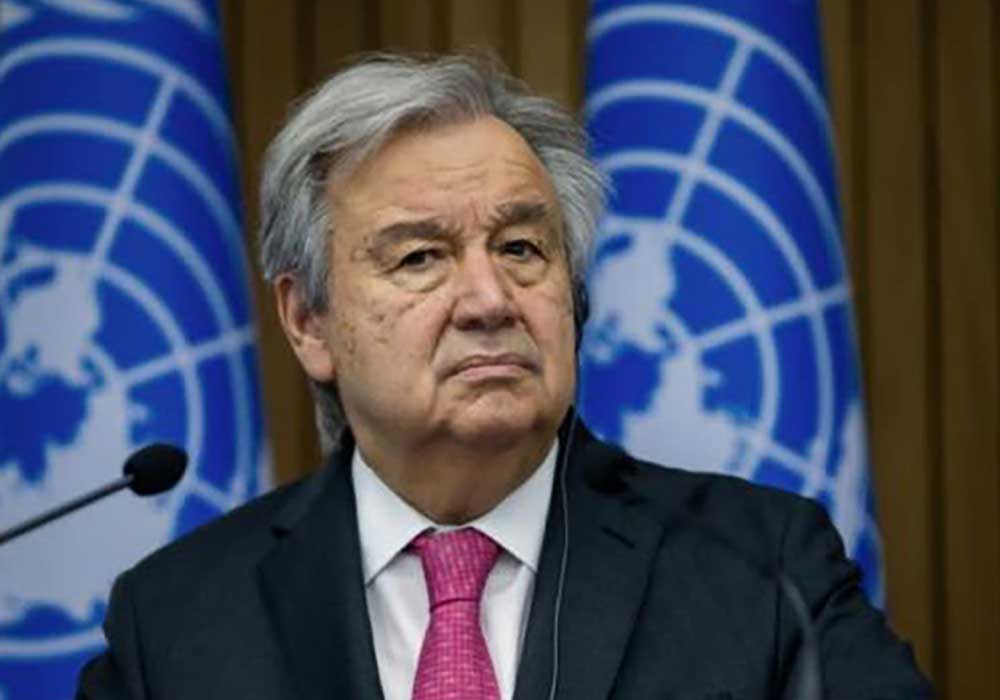 United Nations General Secretary Antonio Guterres in his message on New Year said that the world needs peace in 2023 more than ever.

Antonio Guterres also called for peace in both real and virtual words.

UN chief said, “We need peace now. Peace with one another, through dialogue to end the conflict. Peace with nature and our climate, to build a more sustainable world.”

He continued by saying that there must be peace digitally so that all nations can utilize the Internet free from hateful speech and harassment instead of disinformation and conspiracy theories.

Let’s make peace the centrepiece of our words and deeds in 2023 and let’s work together to restore peace to our lives, our families, and the planet in 2023, the UN head said.

He claimed that families and homes also required peace so women and girls can live in dignity and safety.

Guterres also emphasized the need for calm on the streets, where security forces retaliated violently against peaceful protestors.

He argued that both protesters and entire communities needed the full protection of human rights. For individuals who practice a religion.

He added that there also needed to be more tolerance for people of different faiths and tranquillity in places of worship.