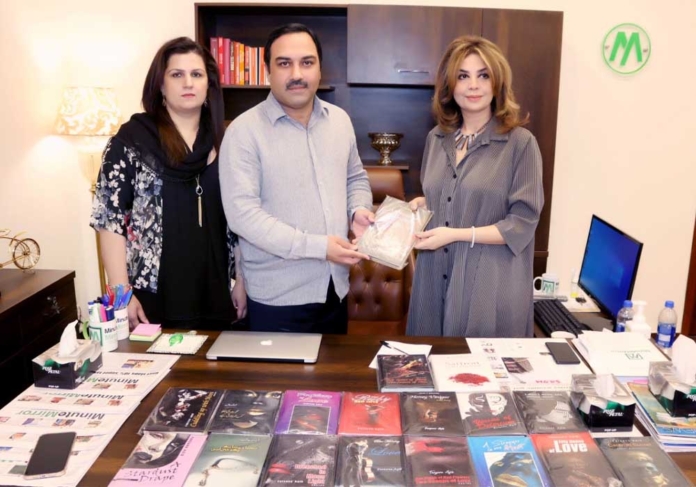 Often taken as the wife of cricket super star Aqib Javed, Farzana Aqib, however, has her own introduction too, wide apart from sports.

Born in Pakistan and raised and educated in both Pakistan and Canada, Farzana Aqib had a brief stint in journalism with Pakistan’s leading newspaper and TV channel. As she had interest in rights issues, she worked with the Human Rights Society of Pakistan and remained its secretary. She praised the Minute Mirror for highlighting rights violations and fighting for the right causes with courage. Ali Sajjad said the Pakistani nation as well as the government were well aware of the rights of women, children, minorities and so on.

Farzana Aqib has recently made a foray in writing, both English and Urdu, in the last one year and she has authored 35 books. She wrote these books in a year and her effort is being recognized by the Guiness World Record. A formal announcement to this effect has yet to be made. Of her book collection, 24 are English poetry, four novels and six are Urdu poetry books. She published and unveiled 11 books in the first six months and launched them in April. Later on, she published the remaining work.

The Quaid-i-Azam Library has dedicated a corner for her collection. The money generated from the book sale is spent on charity works. She is the recipient of many international and national awards for her contributions to literatures. Executive Editor Maria Ali and Editor Yousaf Rafiq briefed Farzana on the working of the newspaper.