You all know who is behind Arshad Sharif’s death, says Imran Khan 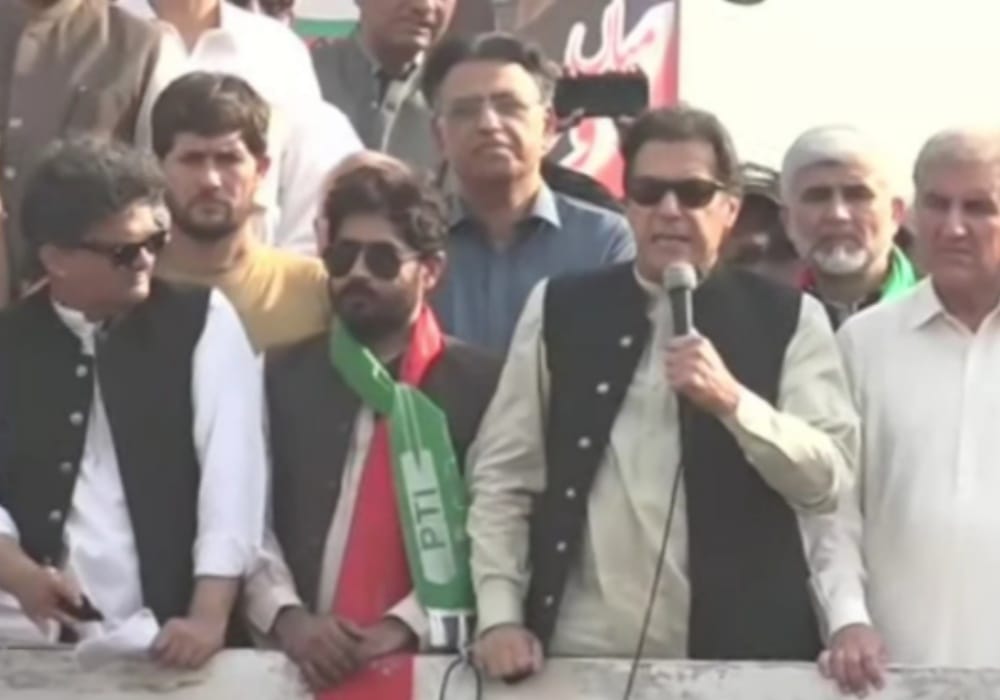 Imran khan while talking to the people of the long march from his container at Shahdara stated that he want people to know the real meaning of independence.

While referring to Azam Swati’s speech he said that it is shameful that FIA assaulted Swati in front of his children and grandchildren just because he criticized someone.

He went on to claim that FIA handed Swati over to unknown people which Swati named General Faisal and Brigadier Fahim.

Khan also claimed that these two are oppressing media and people and are kidnapping people.

“I want to let them know that we are humans and not animals,” Khan said while referring to custodial torture.

Khan said we will never accept this imported government of “chors” because we are not animals.

Fundamental human rights are being violated in the country and you are not paying attention to it, khan said.

While referring to Arshad Sharif’s death he said “ask his mother who was threatening him.”

He went on to say that we all know who is behind his death and for god sake speak the truth.

Khan also called out Chief Justice saying “it’s your duty to protect fundamental human rights, custodial torture is banned in the whole world if you’ll not protect our rights then who will.”