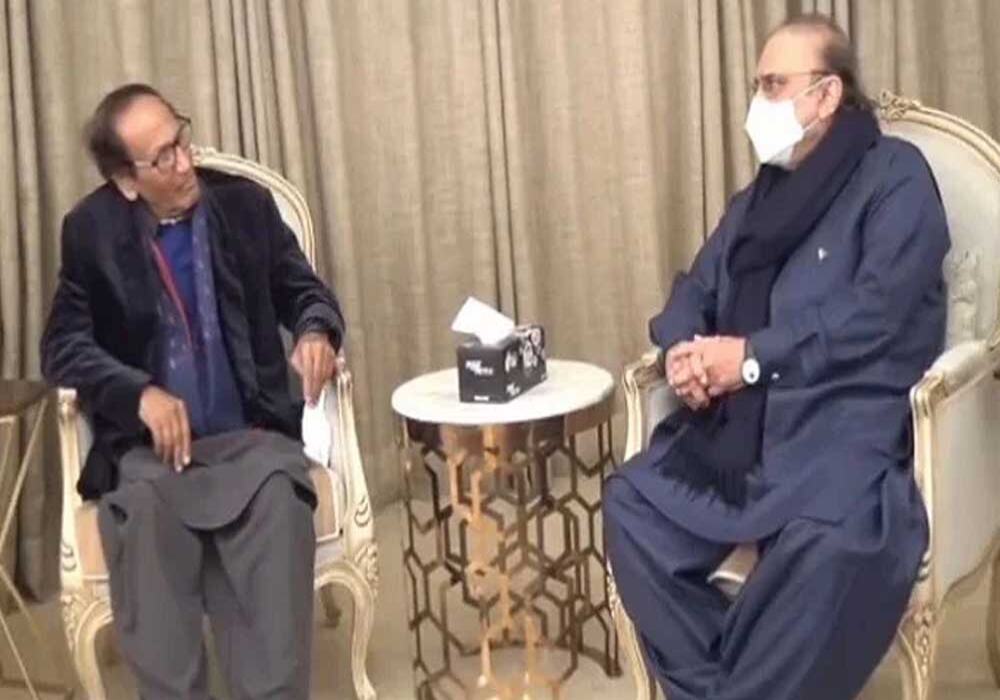 In a statement issued by the party secretariat, both the leaders had a consultation on the vote of confidence and motion of no-confidence in Punjab. They also contacted Prime Minister Shehbaz Sharif during this meeting. Nasir Hussain and Malik Ahmad Khan briefed both of the leaders on the important issues in Punjab. Senior leaders of PML-Q Chaudhry Salik Hussain and Tariq Bashir Cheema were also present during the meeting.

Meanwhile, a joint meeting of the PTI and PML-Q leaders was held at the residence of Chief Minister Punjab Chaudhry Parvez Elahi on the issue of seat adjustment between the two parties. On behalf of PTI, Shah Mahmood Qureshi, Parvez Khattak and Fawad Chaudhry attended the meeting. Chief Minister Parvez Elahi, Moonis Elahi, Hussain Elahi and Muhammad Khan Bhatti participated on behalf of Pakistan Muslim League-Q. The seat adjustment issues were discussed between the leadership of the two parties.

On Monday, a delegation of PPP and PML-N lawmakers submitted a no-confidence motion against Chief Minister Elahi in Punjab Assembly (PA). The document stated that “members of the PPP and the PML-N of the provincial assembly have lost confidence in CM Pervaiz Elahi’s ability to lead the house as per the Constitution”.

It added that Elahi had “massacred democratic traditions” and thus lost the confidence of the majority of members of the house. The no-trust move was moved under “Article 136 of the Constitution read with Rule 23 of the Rules of Procedure Provincial Assembly of Punjab (PAP), 1997”.