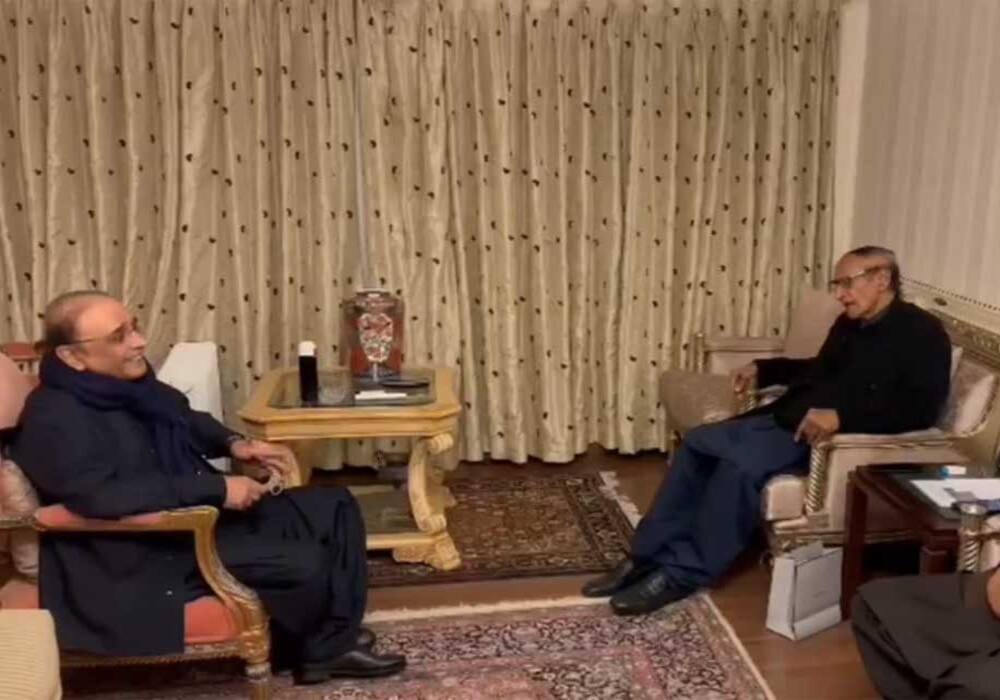 A brief statement issued following the huddle said PML-Q General Secretary and federal minister Tariq Bashir Cheema and Rukhsana Bangash were also present in the meeting. “A detailed discussion was held on the political situation of the country and the current situation of Punjab,” it added. The PTI seems to be entering the final round of consultations to pull off its provincial power play to force snap polls, as its parliamentary parties on Saturday expressed their readiness to follow Imran Khan’s instructions to hand in mass resignations and dissolve assemblies “within a minute”.

Meanwhile, a curious hush descended on the political quarters in Punjab in the wake of Imran’s rare offer to huddle around a table to negotiate the date for snap polls. The opposition in the province – the PML-N and PPP – which was sent into a panic after the PTI’s announcement to scuttle assemblies, appeared reassured and decided to play cards close to their chests. People in the know about the developments said the opposition in Punjab has also temporarily deferred their idea of moving a no-confidence resolution against Punjab CM Chaudhry Parvez Elahi. The ruling coalition in the Centre and the opposition in provinces have quietly agreed upon a ‘wait-and-see’ approach and decided to refrain from reacting to the developments until Imran’s final decision.